One of the better SMGs in Warzone 2 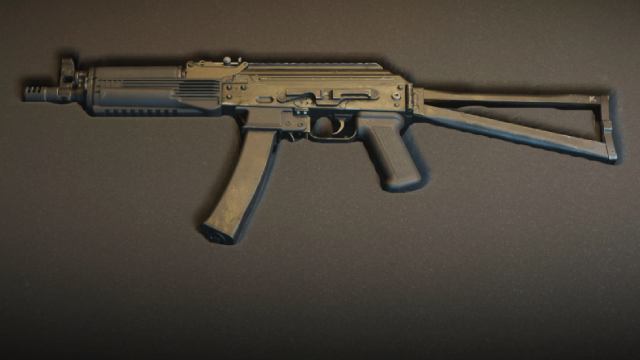 Provided by Activision The gun model for the Vaznev-9K in Call of Duty: Warzone 2.

Over in Call of Duty: Modern Warfare 2 multiplayer, the Vaznev-9K reigns supreme as the best overall submachine gun. Its combination of damage and recoil control is not matched by any other SMG in the class. However, in Warzone 2, that’s not the case, as the Fennec 45 beats the Vaznev in just about every category. While this might discourage Vaznev-9K fans, the SMG still has a terrific loadout for Warzone 2.

While players will be putting themselves at a slight disadvantage by not using the Fennec, it won’t be too noticeable. The Fennec just has a higher time-to-kill than the Vaznev due to its outrageous fire rate. The Vaznev, instead, excels at mid-range, where it can use its strong accuracy and damage range to put some solid shots into enemies.

If players are going up against a strong long-range gun, though, they might want to get closer so they don’t get melted. Before players can figure out how they can use the Vaznev to their advantage, they need to know its best set of attachments.

The overall goal with the Vaznev’s loadout is to increase recoil control and damage range. These two stat increases will allow players to improve their time-to-kill drastically.

The mobility attachments on this loadout are the Otrezat Stock and the FSS OLE-V Laser. Players need this mobility boost to deal with other SMGs in close range. The rest of the loadout is centered around boosting recoil control and damage range, with the Singuard MKV and KAS-1 381mm doing that job perfectly. Finally, the 45 Round Mag is equipped to allow players to keep firing without having to reload as often.