A strong, yet underrated option in Season 5 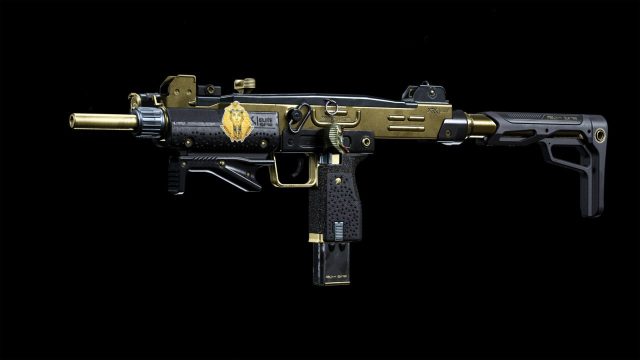 Provided by Activision The gun model for the Uzi in Call of Duty: Warzone.

Slowly but surely, the Uzi from Modern Warfare has been climbing up the pick rate charts in Call of Duty: Warzone Season 5 Reloaded.

The Uzi was recently buffed in Season 5 and, as a result, players have been throwing it on their classes as a secondary weapon for maps like Rebirth Island and Fortune’s Keep. While it might not be as strong as guns like the Armaguerra 43 or PPSh-41, it can still melt opponents up close. This goes double for when players throw on the best loadout for the Uzi in Warzone.

The Uzi’s main draw is its mobility. Paired with some key attachments, the Uzi can be one of the fastest weapons in the entirety of Warzone. Players can fly around the map with this submachine gun equipped. Of course, this means the Uzi is best-served as a close-range weapon. Its long-range prowess leaves much to be desired. However, with the gun’s best loadout, players won’t want to be taking long-range fights anyway because of how fast they’ll zoom around enemy players.

Players won’t find many attachments that help them at longer ranges with this loadout. Instead, they’ll have both their aim down sights and sprint-to-fire times increased to the max, allowing them to get the jump on any enemy in close range.

The Monolithic Suppressor and the 50 Round Mags are the two attachments that don’t improve mobility. The former increases recoil control, damage range, and keeps players off of the radar while the latter gives players some extra bullets in each magazine. The 5mW Laser increases players’ ADS time, the No Stock boosts sprint-to-fire, and the Merc Foregrip improves movement speed.