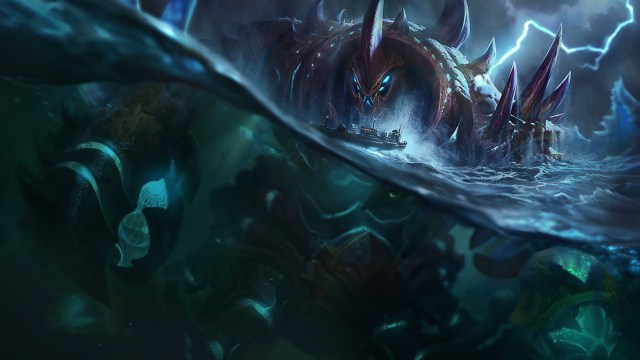 Provided by Riot Games. The Giant Enemy Crabgot skin, the one Urgot uses in TFT Set 8.

TFT Set 8 brought a slew of new units and mechanics into the game, and the new Threat champion, Urgot, is definitely one of the strongest additions with this new patch. Not only does he dish out massive amounts of damage, but his abilities also allow you to get a lot of loot and gold if you either get lucky or give him the right items.

A quick rundown for Urgot in Set 8

First off, Urgot is a Threat champion in Set 8, meaning that he doesn’t technically have any traits. But, like other Threat champions, his stats and abilities are unique and overall more powerful than the regular champions in the game. Plus, he’s a 5-cost unit, one of the rarest ones to get in the game. Considering what his ability does, that rarity makes sense, as getting Urgot early on in your games could lead to a snowball effect.

Urgot has two abilities, a passive and an active one. The passive makes it so that he fires five attacks per second, dealing physical damage scaling normally. The active ability, called Undertow, summons a giant tidal wave that moves from the top of the screen to the bottom. It’s three hexes wide, and always covers the three hexes that Urgot is near when casting. When that wave hits an opponent, it deals 10/15/99 percent of their health as magic damage, stunning them for 1.25/1.5/5 seconds. It knocks them forward one hex, and each enemy hit has a 12/15/100 percent chance of dredging up treasure (gold or loot).

How to maximize Urgot in Set 8

Long story short, there are two key ways to build items for Urgot: around his passive or around his active ability.

The passive build focuses on physical damage and attack speed

Due to his passive making his attacks so fast, building Urgot around it is very viable. Items such as Giant Slayer, Statikk Shiv and the Duelist Emblem all prove very useful to kill enemies quickly. Plus, with his Threat nature, even having a 1-star version of Urgot can tank a little bit more damage than other regular legendary 5-cost units can.

With his active ability, putting in Urgot late game can help you finish off your team with a little bit of luck. Dredging up loot and gold isn’t guaranteed, but equipping items such as Spear of Shojin, Guinsoo’s Rageblade or even Blue Buff can help him use his ability quicker. Especially with it needing 175 mana to cast, focusing mana items on him can allow him to send multiple waves on his enemies every combat round.

Lastly, Thieves Gloves always prove to be useful on Urgot. Having the change to swap between focusing on his passive to his active can help with a little bit of luck. But, knowing how you’re using Urgot and building accordingly can help you get wins with the rare 5-cost unit.