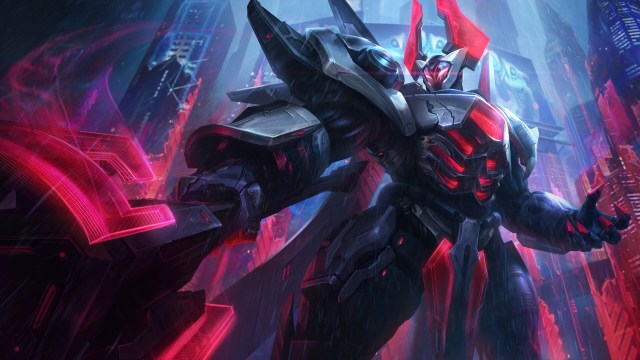 Provided by Riot Games Mordekaiser has two of the five best traits in the game based on early playtests.

The new Teamfight Tactics expansion, TFT: Monsters Attack! not only brings in brand new units and mechanics but also a ton of new traits. With traits dictating what comps players will be able to pursue, knowing which traits to use is vital for success. Upcomer has you covered when it comes to which traits are better than others based on early playtests. Here is a list of the best traits and classes in TFT Set 8.

Besides the units themselves, the most powerful tool to increase composition strength in TFT is items. Items are the backbone of TFT and is what makes the game stand out from other auto-battler games. As a result, items have to be powerful enough to make going for the best ones better than just settling for bad to average ones. With the Gadgeteen trait, players can have both and be absolutely ok with it.

The trait grants a random upgraded full item every single round but with the cost of the items breaking every two rounds. But to permanently have an extra two random better-than-normal items (or four of them if players go deep into the trait) not only gives Gadgeteen players room to play more carry or tank units but also allows more flexibility when it comes to their regular items since they will be able to bank on having new items every round.

Executing enemy units is such a powerful ability in TFT. The Collector item from Ornn and Pyke from TFT: Gizmos and Gadgets are just two ways execution has been meta-warping in the past in TFT. And for it to come back in the form of a trait in TFT Set 8 immediately means that players should consider using the Ace trait.

There is inherent balance in the trait as players can only field one or four Ace units to even have access to the execution buff. But what this also means is that the units within the Ace trait are fantastic solo carries that can slot into any comp that is in desperate need of a carry item holder.

The econ trait of the new TFT Set 8 expansion. Underground will undoubtedly be a fan favorite from Day 1 since econ traits have been among the most popular throughout the history of the game. Underground is the newest attempt to balance an econ trait as they have been meta-warping in the past. With the trait giving payouts at specific thresholds, it takes away some power but it does transfer it into consistency as a player can always cash out now.

Lazercorps is one of the big vertical traits in TFT Set 8 and it’s likely to be one of the best when it comes to raw damage output. When the Lazercorp trait is active, every Lazercorps unit will be assigned a drone that flies above their head. Whenever a Lazercorps unit attacks or is attacked, the drone has a 50% chance of firing at the Lazercrops target dealing magic damage. But the kicker here is that when a Lazercrops unit dies, the drone attaches to the next closest Lazercorps unit. Going deep into this trait will allow not only increase the damage the drones do but also allow hyper-carries to do an obscene amount of damage the longer the round goes on.

These two traits are grouped together because they do similar things. Essentially both traits get their units out of danger. In an auto-battler game with no control of what the units do after the round start, having control of how a unit positions itself in the middle of combat seems like a cheat code due to the massive advantage a player would have over another. That’s kind of what these two traits do.

Recon units will check for enemies before they cast their ability. If there are any near them, they will dash to a hex where there is no danger around them before casting. Prankster units will dash to a safety hex if they fall below a certain HP threshold.

A unit with either of these traits is almost guaranteed to be the last one standing which is very strong if one of the units is a player’s main carry.