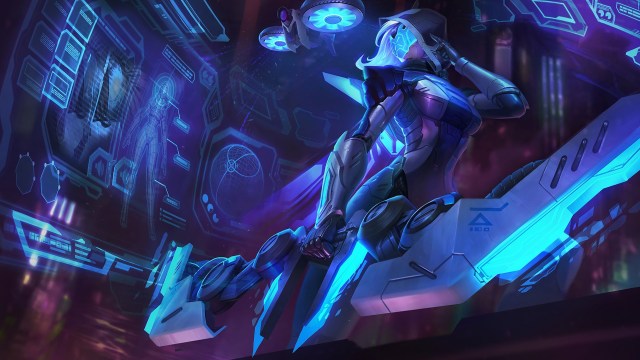 Provided by Riot Games Despite being a one-cost champion, Ashe is one of the best carries in the game.

The new Teamfight Tactics expansion, TFT: Monsters Attack! has been out on the live servers for about a week and the metagame has started to develop. This means some team compositions have started to emerge as the absolute best to use when climbing the ranked ladder.

Here is a look at the three best comps players should be using in TFT Set 8 Patch 12.23.

This comp is one that should not scale well into the late game but does thanks to the Supers trait. Historically, reroll compositions have been able to spike hard in the early and mid-game but fall off due to the power level of a three-star one or two-cost champion not being able to out-duel established boards of upgraded four and five-cost champions.

But since the Supers trait gives the entire team additional power for every single three-star champion, simply hitting the D key on the keyboard is enough to win lobbies if players have the econ and the items. The comp is very strong as it has multiple carries that it can play including Ashe, Kayle, and Camille.

For players that don’t like hitting the reroll key but love to see loops, this comp is for you. Viego is the primary carry in this composition and like other four-cost champions in previous sets, his ability allows him to recast if the first cast kills an enemy champion. With the right items, Viego can wipe entire boards in one endless loop as long as the conditions are met and that’s before we talk about the Ox Force trait.

Viego won’t be able to one-shot everyone but he is guaranteed to stick around for a few abilities casts thanks to how the Ox Force trait works. With every Ox Force champion essentially getting a second life once they would take lethal damage, even if Viego gets one-shot, he will be able to have a last stand this also makes the entire board stick around longer too buying more time for Viego.

Many players thought that with Assassins out of the game that their backline carries would be safe, but they forgot about the Hacker trait. With the Hacker trait being able to deliver any champion into the enemy backline, players can catch opponents off guard and execute the enemy carries before they even have a chance to blink and there is no better champion at doing that in the current metagame than Zed.

Zed is a Hacker champion himself which gives him built-in omnivamp so players can just focus on damage. Since he is a LazerCorps Duelist too, Zed can quickly execute entire backlines and then work is way to the front without being touched.