The Best TFT Augments in Set 8

The Best TFT Augments in Set 8 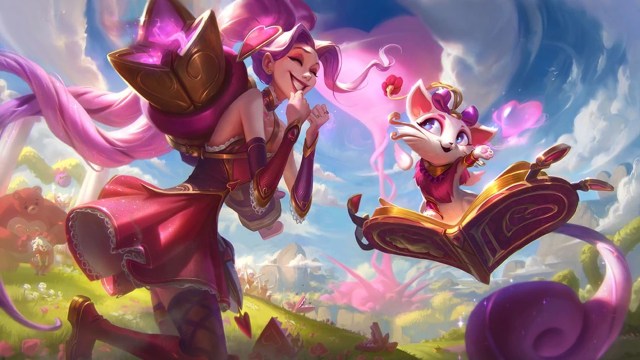 Provided by Riot Games. The Heartseeker Yuumi skin in League of Legends and TFT Set 8.

As a key part of TFT Set 8, here are some of the best augments, set apart from the rest by their win rate across all ranks. Note that this list includes Hero Augments, a new addition to Set 8 that includes two hero-specific augments for each unit that players can acquire randomly.

In no particular order, here are some of the best augments you can get. If you see these in your TFT games, they have a higher chance to lead to top four, or even first place finishes. If nerfs do happen to augments on this list, the list will be updated.

Yuumi reigns supreme, and so does her Hero Augment

Currently, the best augment in the game is a Hero Augment for a familiarly powerful hero: Yuumi. Out of the two Hero Augments available for her, the Predatory Precision augment has the highest win rate across all ranks.

For a quick explanation, each Hero Augment has a buff that either applies to your whole team or to the specific hero. Predatory Precision gives the player a Yuumi, gives her 30 Ability Power, 75% Critical Strike Chance and her ability can critically strike. While this only applies to Yuumi, her power in compositions like the Heart and Mascot team scales very high. Plus, with this augments benefit of allowing her ability to critical strike, one of the key items that she usually needs is now built-in. That allows players to stack another powerful item on Yuumi as they aim to win with her on the board.

One of the best compositions in TFT Set 8 is the Brawler Jax composition, which is pretty self-explanatory. You stack your board with Brawlers, get a lot of high HP tanks, and then build a Jax into your primary damage dealer.

What Brawler Crown does is give you a Brawler Emblem, a Redemption and a Riven. That Emblem is super useful for a secondary damage dealer, with Soraka being the best choice, while also allowing you to hit 8 Brawlers. The Redemption is usually great to stick on a Riven, especially as you collect more and develop your board, but also can be useful on Sejuani, the rarest Brawler. But, most importantly, that 8 Brawler ability make your Jax even harder to kill, and your allies in front of him tankier.

Lastly, another top-ranked augment in TFT Set 8 is Hustler, one of many income-focused augments. As a gold-rarity augment, it might pop up more often than Brawler Crown considering that augment is Prismatic, the highest rarity possible. What Hustler does is remove your interest; the extra gold you get based on how much you have in intervals of 10 gold. What it replaces it with is a flat 3 gold every turn, no matter how much you have in the bank.

While it might not seem too powerful at first, think of it this way. To get three gold interest, you need at least 30 gold in the bank. This augment gives you that benefit no matter what, making the early game a lot easier. That extra income leads to more refreshes, faster level ups and more likelihood to 3-star key carries in your lineups. And, the best part is that it works with any composition that you want to run.