The best TAQ-V loadout in Warzone 2

The best TAQ-V loadout in Warzone 2

An underrated and powerful rifle in Warzone 2 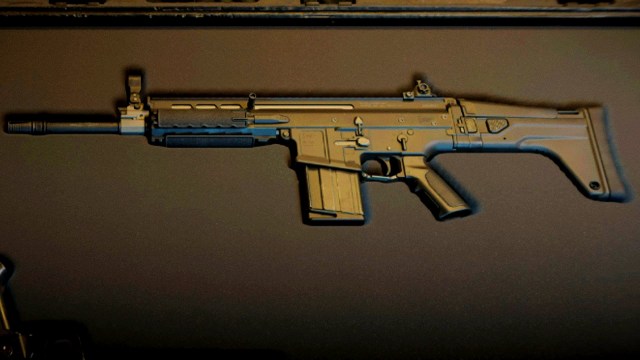 Provided by Activision The gun model for the TAQ-V in Call of Duty: Warzone 2.

The current meta in Call of Duty: Warzone 2 involves several weapons, with the guns being picked depending on a player’s particular play style. However, one of the main weapons that a majority of players have latched onto thus far is the TAQ-56 assault rifle. The TAQ-56 is essentially the SCAR-L from previous Modern Warfare games, and it behaves the same way. It’s extremely powerful, both at close and medium. It starts to fall off slightly at longer ranges, though. Luckily, there’s an in-house option that players can use, and it’s the big brother of the TAQ-56. The TAQ-V, a battle rifle, is a more powerful version of the 56, and it has an equally strong loadout in Warzone 2.

The TAQ-V has largely gone under the radar at the start of Warzone 2 and for the entirety of Modern Warfare 2. Unlike other battle rifles, the TAQ-V is fully automatic by default, so players don’t have to choose between semi and full-auto. While players can put the TAQ-V into single-shot mode, it’s best used as a mix between an assault rifle and a light machine gun. In order to turn the TAQ-V into the best version of itself, players will need to use specific attachments.

To see the full loadout for the TAQ-V in Warzone 2, keep reading below.

At close ranges, this TAQ-V loadout would likely get outgunned by just about any other weapon aside from a sniper rifle. Players will want to keep gunfights at long range with this loadout.

Essentially, this is a slower, more accurate, and more powerful version of the TAQ-56. Players will have more than enough bullets to stay in gunfights for several seconds and they’ll have a solid scope to see enemies from far away.