A shockingly strong weapon from the battle rifle class 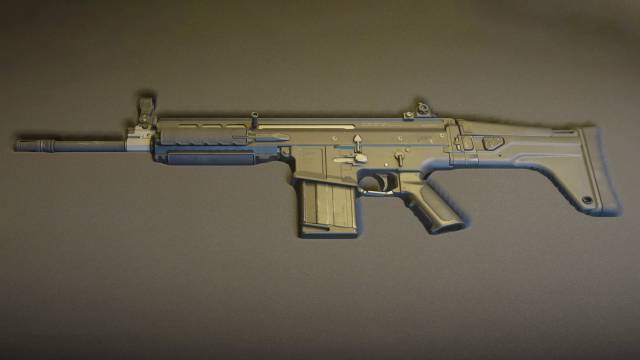 Provided by Activision The gun model for the TAQ-V in Call of Duty: Modern Warfare 2.

The battle rifles in Call of Duty: Modern Warfare 2 contain some intriguing weapons for multiplayer. Most of the weapons can either be single-shot or fully-auto, depending on which firing mode players select. For a majority of the guns in the class, the single-shot firing mode is the best choice, as it allows players to kill enemies with one headshot. However, one of the battle rifles is actually better fully-auto, essentially making it a slower assault rifle. That battle rifle is the TAQ-V, which has a surprisingly strong loadout in Modern Warfare 2.

Players can think of the TAQ-V as the TAQ-56’s older brother. It’s bigger, does more damage, and has fewer bullets in each magazine. There are obviously strengths to using each rifle, but the TAQ-56 has obviously received more attention in MW2 thus far. Although, what players like about the TAQ-56 can also apply to the TAQ-V, provided they use the right set of attachments for the battle rifle.

If players decide to use the TAQ-V as a fully-auto weapon, they can treat it like an assault rifle. Of course, if they try and get up close and personal with enemies, they’ll like lose most of their gunfights. As such, players should keep gunfights with the TAQ-V at mid-range, allowing its damage range to truly shine. The rifle’s best loadout complements this strategy as well.

The loadout begins with the 18″ Precision Barrel, which increases recoil control and damage range at the cost of mobility. That’s followed up with the XTEN Drop Grip and the Demo Cleanshot Grip to regain that lost mobility. Finally, there’s the 30 Round Mag to make the TAQ-V more like an assault rifle and a basic red dot for an optic. We’ve offered multiple options depending on what players have unlocked in multiplayer.