A top three weapon in Warzone 2 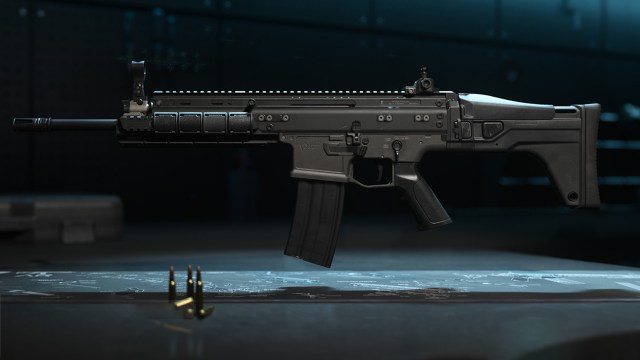 Provided by Activision The gun model for the TAQ-56 in Call of Duty: Warzone 2.

The TAQ-56 has become arguably the most popular in both Call of Duty: Warzone 2 and Modern Warfare 2 over the past month.

In MW2, the competitive community has started using the TAQ-56, and that includes professional Call of Duty League players. Warzone 2 players have been taking advantage of the TAQ-56’s incredible stats since the new battle royale was released. Now, in Season 1 Reloaded, the TAQ-56 is as popular as ever in Warzone 2 — but it has a new loadout for players to try out.

This new TAQ-56 loadout comes from the professional Warzone 2 community. Streamers and pro players have been tinkering with the weapon meta continuously and often come up with new attachment combinations for the meta guns. The TAQ-56 doesn’t feature a drastic change to its strongest loadout, but players will want to take note of some new attachments on it.

The main stats that the TAQ-56’s loadout focus on are recoil control and damage range. These two stats need to be increased by a significant amount if players want to ensure they can take down players using an RPK or RAAL MG. Mobility won’t be touched with this loadout, so players will want to pair the TAQ-56 with a fast SMG or pistol, such as the Fennec 45 or X13 Auto.

The first two attachments on this loadout, the Echoless-80 and 17.5″ Tundra Pro Barrel, vastly improve recoil control, damage range, and bullet velocity. The FTAC Ripper 56 further stabilizes recoil while the 60 Round Mag gives players more than enough bullets in each clip. Finally, the AIM OP-V4 has been the optic of choice for any long range weapon.