A top-tier assault rifle in MW2 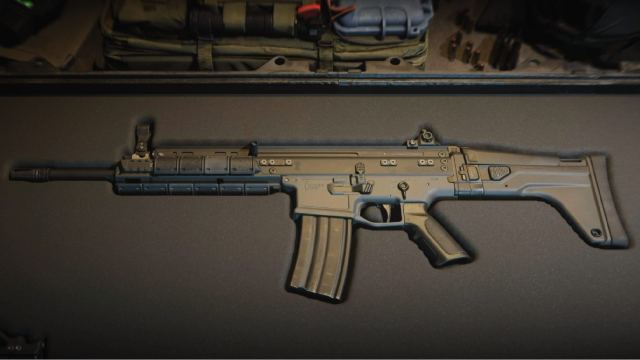 In terms of sheer power, there are perhaps no weapons currently in Call of Duty: Modern Warfare 2 that can match the TAQ-56 assault rifle. The TAQ-56, otherwise known as the Scar-L, was present in the MW2 beta and players immediately noticed just how strong it was. That strength has carried over to the full build of the game, with the TAQ-56 currently one of the meta weapons in multiplayer. While the TAQ-56 is strong on its own, it’s only made better by its best loadout in Modern Warfare 2.

As of right now, professional players have been using the TAQ-56 in their scrimmages and tournaments. The assault rifle is seen as one of the best long-range options in the game, as it has little recoil and an extremely high damage range. However, the gun can be slightly inconsistent, which is why the recommended loadout for the TAQ-56 exists.

To see the full loadout for the TAQ-56 in Modern Warfare 2, keep reading below.

Since the TAQ-56 is seen as a long-range weapon, recoil control is the primary stat that’s being increased with this specific loadout. There are also smaller buffs to mobility and stability, which can be helpful in both close and long-range encounters.

In this loadout, we have opted to not equip an optic. We feel that the iron sights of the TAQ-56 are more than sufficient for players at any range. However, if players truly want a sight on their weapon, they should go with the tried and true Cronen Mini Red Dot. The rest of the loadout focuses on recoil control and damage range while also seeing a slight boost to mobility.