The newest tactical rifle delivers a punch with its best class 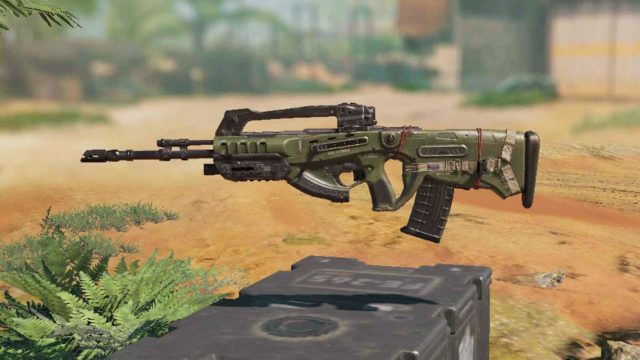 Provided by Activision The Swordfish comes to COD Mobile in the Season 9 update.

The Season 9 update went live earlier this week in Call of Duty Mobile and players now have access to a plethora of new content. As always, the headline of this content is a new weapon: the Swordfish tactical rifle. This four-round burst rifle originated from Black Ops 4 and has a slow rate of fire but massive time-to-kill potential. To increase the Swordfish’s capabilities even more, though, players can equip its recommended loadout in COD Mobile.

Players can unlock the Swordfish on the Season 9 Battle Pass. The tactical rifle is available at Tier 21 of the Battle Pass. This is a free tier, so players don’t need to purchase the premium version. Leveling to Tier 21 will take some time but players can then start unlocking attachments for the gun. After a while, they can equip its recommended loadout, which is viewable below.

In its base form, the Swordfish won’t kill enemies too quickly. It has a lower damage range and slow rate of fire, making any gunfight a challenge. However, it does have almost no recoil and decent movement speed for a bigger rifle. This means that players can focus on time-to-kill and mobility with the gun’s best loadout.

The loadout begins with some mobility improvements. The MIP Light Barrel, Stippled Grip Tape and OWC Laser – Tactical all help with ADS speed to make the Swordfish competitive in closer-range gunfights. This is complemented by the Tactical Foregrip A, which provides some extra ADS bullet spread accuracy.

The last attachment is the Halberd Mag, which turns the Swordfish into a five-round burst weapon. It also improves damage range by 100%, ADS bullet spread accuracy by 30% and vertical recoil by 45%. However, it comes at a cost of damage. This is a fair trade-off, though, as players will be killing players quicker at range.