The best SP-X 80 loadout in Call of Duty: Warzone 2

The best SP-X 80 loadout in Call of Duty: Warzone 2

One of the best snipers in Warzone 2 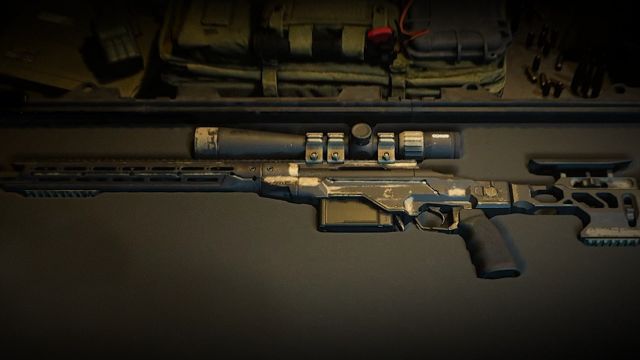 Provided by Activision The gun model for the SP-X 80 in Call of Duty: Warzone 2.

Call of Duty: Warzone 2 has been out for several hours at this point, and players are beginning to find the weapons they like, and the ones they don’t. There are certain guns, such as the M4, Lachmann Sub, and SP-R 208, that were going to be popular no matter due to their stature in the community as well as their performance in Modern Warfare 2.

However, some guns have come out of the woodwork and skyrocketed to the top of their respective class in Warzone 2. The SP-X 80 sniper rifle is one such weapon. If players want to do any sniping at all in Warzone 2, they’re going to want to check out the best loadout for the SP-X 80.

In Modern Warfare 2, the SP-X 80 has largely been overshadowed by the likes of the SP-R and MCPR 300. At its core, the SP-X is a classic bolt-action sniper that doesn’t feel too heavy, but can also pack quite a serious punch. It’s been seeing more and more use in MW2, and now that has begun to translate over into Warzone 2. To get the most out of the SP-X 80, though, players need to use its best set of attachments.

One of the SP-X’s best qualities is its mobility. While not as fast as a marksman rifle, the SP-X can speed around the map. With its loadout, we’re choosing to improve the sniper’s mobility while also increasing bullet velocity, stability, and accuracy. Don’t worry, though, you’ll still be able to kill players quickly even without a significant boost to damage range.

The Bruen Agent 90 is the most important attachment on this loadout. It slightly boosts damage range and bullet velocity while keeping mobility roughly the same. We also see an increase to bullet velocity with the .300 High Velocity ammo. The rest of the loadout is focused on improving mobility while the 8-Round Magazine gives players some breathing room during a long gunfight.