A dominant gun in Warzone 2 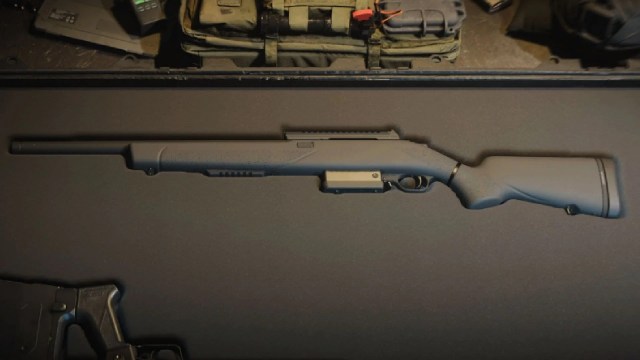 Provided by Activision The gun model for the SP-R 208 in Call of Duty: Warzone 2.

Any player that at least dabbled in Call of Duty: Modern Warfare 2 multiplayer will no doubt know of the SP-R 208 and how strong it is. While the Season 1 update slightly nerfed the SP-R 208, it’s still as powerful as ever, and that has seemingly transferred over to Warzone 2. The release of Warzone 2 was earlier today and players immediately scrambled to create their favorite Custom Loadouts. As the SP-R 208 is such a strong weapon, players have been wondering what loadout they should use for it in Warzone 2.

Even though Al Mazrah is a giant map, a quick scoping gun like the SP-R can still serve a very useful purpose. Think of the SP-R as the Kar98k from the original Warzone; it’s fast, accurate, and can one-shot opponents almost as effectively as a regular sniper. This makes guns like the SP-R — mainly other marksman rifles — terrific sniping options in Warzone. However, players will be at a disadvantage unless they use the best set of attachments for the SP-R 208.

To see the full loadout for the SP-R 208 in Warzone 2, keep reading below.

The overall goal of the SP-R’s loadout should be to increase mobility while keeping its damage range and accuracy high. Players need to be able to move around the map quickly and aim down sights fast enough to compete with assault rifles. However, players also want to ensure they’re keeping their one-shot kill potential high as well.

This loadout accomplishes all of the goals we previously mentioned. The 23.5″ Fluted R-67 Barrel increases damage range and movement speed, allowing players to kill enemies and move around faster. Players also see an increase in bullet velocity with the 7.62 High-Velocity ammo as well. We have the FSS ST87 Bolt equipped to boost the rechambering speed of the SP-R and the 15 Round Mag to give players more bullets in every clip. Finally, the SP-X 80 6.6x scope is perfect for mid to long-range engagements.