Still one of the best weapons in Al Mazrah 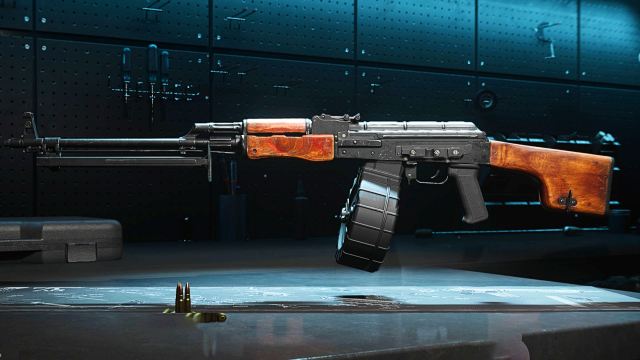 Provided by Activision The gun model for the RPK in Call of Duty: Warzone 2.

Since Call of Duty: Warzone 2 was released in mid-November, the RPK light machine gun has been the strongest weapon in the entire game. While assault rifles like the M4 and TAQ-56 have higher pick rates, the RPK is the most complete weapon. It has virtually no recoil, an incredibly lethal damage range, and great mobility for a light machine gun.

After the recent Season 1 Reloaded update arrived, though, players have been asking if the RPK and its best loadout are still at the top in Warzone 2.

The RPK was surprisingly not touched in the Season 1 Reloaded patch notes. The developers either felt it was not too overpowered or a future change is in the works to nerf the RPK. Either way, as of right now, the RPK remains arguably the best gun in Warzone 2. This is even with other weapons, like the Kastov 545, receiving buffs in the most recent update. If players need an updated set of attachments for the RPK in Warzone 2, look no further.

This loadout for the RPK comes from Warzone 2 experts on WZRanked. This is the main loadout that has proved most successful for the vast majority of players since the RPK entered the meta.

Players immediately see a large increase in their recoil control, damage range, and bullet velocity with the powerful ZLR Talon 5 suppressor. That’s followed by two attachments to further boost recoil control, the FTAC Ripper 56 and Demo-X2 Grip. Wrapping up the loadout is the 7.62 High Velocity ammunition to improve bullet velocity and the AIM OP-V4 optic, which is perfect for mid-long range engagements on Al Mazrah.