One of the top weapons in Warzone 2 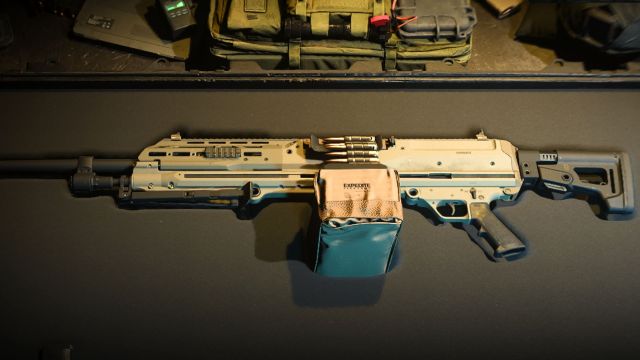 Provided by Activision The gun model for the RAAL MG in Call of Duty: Warzone 2.

After the Season 1 Reloaded update arrived in Call of Duty: Warzone 2, many players questioned whether or not the weapon meta had been altered or not.

There were some notable changes to the meta, including the removal of some pistols and assault rifles due to heavy nerfs. However, some classes were not touched by the developers, including the light machine guns. This means that guns like the RPK and the RAAL MG firmly remain in the meta, with both of them arguably the two best weapons in Warzone 2. The RPK has been the more popular pick in Warzone 2 thus far, but the RAAL MG and its best loadout shouldn’t be slept on after Season 1 Reloaded.

Compared to the RPK, the RAAL MG is slower and doesn’t kill as quickly. However, it still has a ridiculous time-to-kill and virtually no recoil when it’s equipped with the right attachments. Its slower mobility can also be improved to make it a much more consistent option for mid-range gunfights. If you want to use the RAAL MG in Warzone 2 Season 1 Reloaded, you’ll need all of the advantages possible.

While mobilty will be increased with this RAAL MG loadout, the main focus will still be on recoil control and damage range. These stats allow the RAAL MG to dominate any mid-long range gunfight, no matter what the opponent is using.

The one attachment we use for mobility is the FSS OLE-VE Laser, which gives the RAAL MG extra sprint-to-fire time and aim down sights speed. The rest of the loadout is focused on recoil control, stability, and damage range.