The best PPSh-41 loadout in Call of Duty: Vanguard

The best PPSh-41 loadout in Call of Duty: Vanguard

A sleeping giant in Vanguard multiplayer 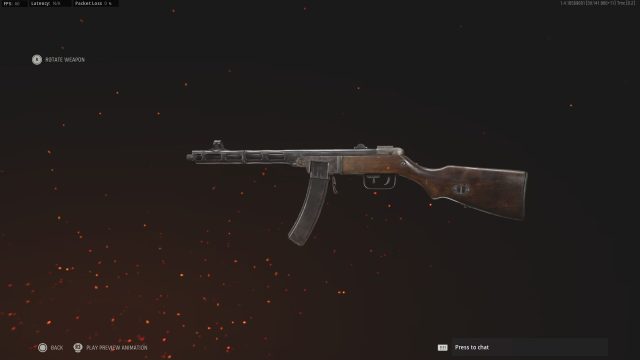 Provided by Activision The gun model for the PPSh-41 in Vanguard.

The majority of players are currently running around with either the STG44 or MP40 in Call of Duty: Vanguard multiplayer. Those are the first weapons unlocked in their respective classes and they’re arguably the top two weapons in the game. However, there are guns outside of those two and once players start to level up, they’ll discover them. One of the first ones that players should try and rank up is the PPSh-41, which has a deadly loadout in Vanguard.

The PPSh-41 is unlocked at level 51 in multiplayer, meaning players have a while before they get a chance to use it. However, they’ll find that once they do unlock the SMG, it’s one of the better weapons to use in Vanguard. The classic World War II weapon has a tremendously high fire rate, great damage and blazing mobility. Of course, the PPSh-41 is made even stronger with its recommended loadout in Vanguard.

The number one stat that players need to focus on with the PPSh-41 is recoil control. Since it has such a high fire rate, players will experience some kick when first firing it. Luckily, this can be brought down with a few key attachments.

The main goals of this loadout are to increase recoil control and damage range. The Stippled Grip, Tight Grip, Carver Foregrip, ZAC Folding and Mercury Silencer all give the PPSh-41 some form of recoil control. The ZAC 300MM, 7.62MM Gorenko mags and Hollow Point Ammo Type all improve the gun’s damage range/overall damage.