The best perk setup in Call of Duty: Vanguard multiplayer

The best perk setup in Call of Duty: Vanguard multiplayer 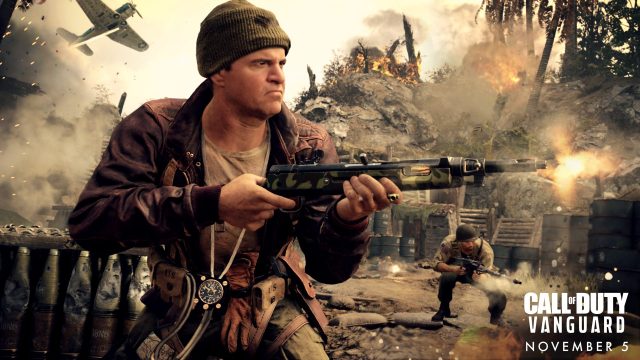 There are 18 total perks in Call of Duty: Vanguard multiplayer and dozens of different setups players can use. From stealthy loadouts to blazing through enemies with speed and extra protection, the perks in Vanguard allow for complete freedom. Of course, this doesn’t mean there isn’t a recommended setup for the general player base.

Perks are a staple of Call of Duty and most veteran players will recognize a majority of the options in Vanguard. Although, there are a few new selections that players might not even think to use.

The first perk slot easily presents the toughest choice. Every perk but Cold Blooded has a true use in most multiplayer matches. There’s Fortified (Flak Jacket), Survival Training (Tactical Mask), Ninja (Dead Silence), Dauntless and Ghost all available in this slot.

With this slot in particular, it truly comes down to the player’s play style. If they rush around the map looking for enemies, then Ninja or Ghost is the way to go. These perks allow players to flank effectively and get the jump on unsuspecting enemies.

Then there’s the protection perks, Fortified, Survival Training and Dauntless. Each presents a purpose and if players are queueing Domination or Hardpoint, then the first two perks are a great choice. Dauntless doesn’t have a niche use but it is a fantastic perk, as it eliminates any movement slowdown from being shot at.

While it comes down to personal preference and playstyle, Ghost is the best overall option currently. Since many Vanguard players are running Intel or Spy Planes, Ghost provides players the most protection from enemies. However, players just need to make sure they’re moving for the perk to take effect.

This is the one slot that doesn’t really have an argument for another perk. While many players will spend a majority of their first 55 levels running Radar, the true best perk in this slot is Forward Intel.

For any players that don’t know what this perk does, it essentially allows players to see exactly where enemies are spawning. This is done by the mini-map showing red diamonds where enemies last spawned. Not only does this give players valuable information, but it allows them to flank with near-precision and not have to worry about getting flanked themselves.

Players should keep in mind that the red diamond only shows where an enemy spawned; it doesn’t show which direction they headed. So there’s still some guesswork involved with the Vanguard perk.

There are two perks that players can use in the third and final slot. Those two are Lightweight and Scavenger. The former allows players to move at a much faster speed and the latter lets players pick up extra ammo from fallen soldiers.

The only other choice in the perk 3 slot is Overkill. This perk is usually saved for sniper rifle classes, and the same is true in Vanguard. Although, if players want to run around quickscoping with the Kar98k, Lightweight might be the better choice.