A strong pick in the SMG class of MW2 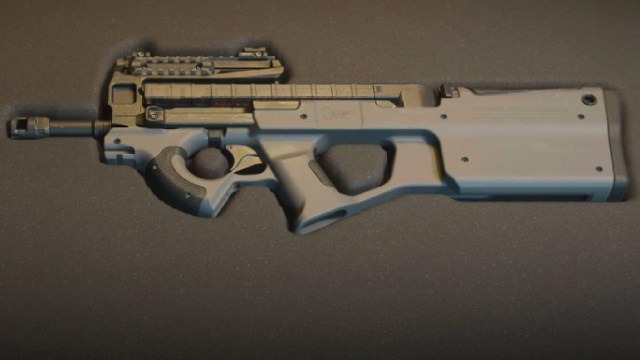 Provided by Activision The gun model for the PDSW 528 in Call of Duty: Modern Warfare 2.

While the PDSW 528 isn’t the strongest submachine gun in multiplayer, it’s no slouch either; the compact SMG can pack a punch and a has terrific fire rate to boot. Of course, the biggest boon of using the P90 is its base magazine size, which is only outclassed by the Minibak. Players will be able to take on multiple enemies before even having to think about reloading. Still, players will want to equip some specific attachments on the PDSW 528 so they can take out those enemies even quicker.

To see the full loadout for the PDSW 528 in Modern Warfare 2, keep reading below.

Since the PDSW 528 functions best as a close-range SMG, players using it in MW2 should primarily focus on mobility. However, there are also attachments to boost other stats as well so players aren’t left helpless at longer ranges.

The CQB Stock and 9.5″ Duke-30 barrel heavily boost mobility, allowing players to get a gun up on enemies quickly in close range. The Spiral v2.5 Flash Hider provides a boost tor recoil control while the 5.7x28mm Overpressured ammo makes enemies flinch more, giving players a better chance to win gunfights. Finally, the Integrated Reflex Rail is a tremendous optic that is a much better choice over the PDSW 528’s iron sights.