An SMG that players will see again soon 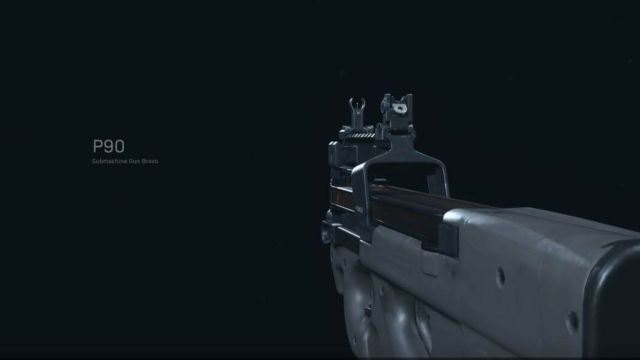 Provided by Activision The gun model for the P90 in Call of Duty: Warzone.

In recent weeks, the older Modern Warfare weapons have become increasingly popular in Call of Duty: Warzone. With many of them receiving buffs in Season 5 and Modern Warfare 2 just over the horizon, fans are loading up their classes with Modern Warfare guns no matter the map or playlist.

One older weapon to receive a majority of the buzz from the community has been the P90. The P90 is a classic submachine gun that received a buff in Season 5 and will appear in MW2, giving fans all the more reason to use its best loadout in Warzone.

While there might be stronger overall SMGs to use in Warzone Season 5 Reloaded, the P90 is still a fantastic gun to use. It has a giant magazine as its default and a tremendous fire rate, giving players a true edge in close-range combat. Though its damage is somewhat lacking, the P90’s mobility also boosts its prowess in close quarters.

As expected, fans should only use the P90 as a secondary weapon when they want to push an enemy. To get the most out of the P90 in these situations, fans will want to use the SMG’s best set of attachments.

With this loadout in place, players see a jump in mobility as well as recoil control and damage range. All of these stat boosts make the P90 much more viable in close and medium range, which is where players should be taking gunfights with this SMG.

Anything beyond medium range and players will find themselves only getting hitmarkers for the most part. Maps like Fortune’s Keep and Rebirth Island are a playground for players using the P90.