The best pistol in multiplayer 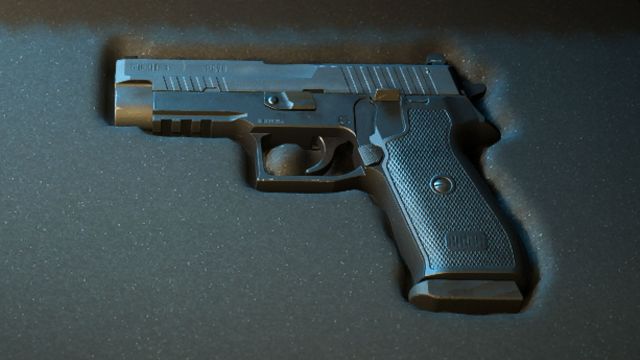 Provided by Activision The gun model for the P890 in Call of Duty: Modern Warfare 2.

Have you been playing Call of Duty: Modern Warfare 2 multiplayer and been almost immediately killed by a pistol? You didn’t even have to be weak, but this specific pistol just came along and two-shotted you without breaking a sweat. If this has happened to you, then you’ve been the victim of the P890.

This pistol in multiplayer is extremely overpowered in its current state, and more and more players are beginning to realize that. If you’re trying to get in on the P890 action, then you want to use its best loadout in Modern Warfare 2.

For some reason, the P890 is an actual two-shot kill at most ranges in multiplayer. It’s unclear if this is intended or just a case of an overpowered weapon. However, for now, the P890 is actually one of the best guns in the entirety of the game. Players can use it like a shotgun or a submachine gun, depending on the range they’re shooting from. However, if players really want to make the P890 an annoyance to enemies, they need to use its best set of attachments.

The P890 doesn’t need many attachments to make it strong, as it’s an incredible weapon by default. That said, there are a few attachments players can use that will only improve the pistol.

The most important attachments on this loadout are the Bruen Express Trigger Action and the XRK Tacops Barrel. The Bruen Express gives players additional accuracy while the XRK Tacops Barrel offers stronger mobility so players can cruise around the map, picking off enemies as they go. With this P890 loadout, players don’t have to worry about their secondary slot in Modern Warfare 2.