The best P890 loadout for CDL Moshpit in Modern Warfare 2

The best P890 loadout for CDL Moshpit in Modern Warfare 2

The strongest pistol available to players 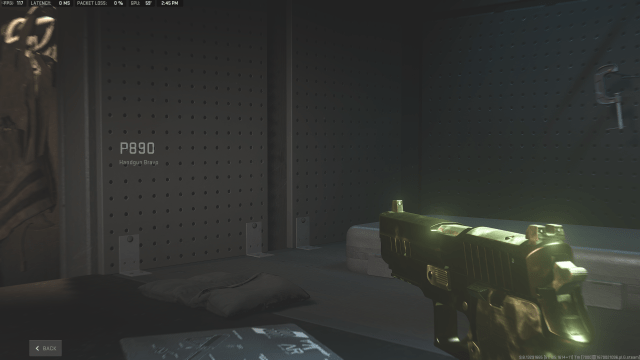 Provided by Activision The gun model for the P890 in Call of Duty: Modern Warfare 2.

For a majority of professional Call of Duty League players, the preferred secondary weapon of choice is the Combat Knife.

The knife allows players to run faster when they have it equipped and it comes quite in handy when in close proximity to an enemy. However, for players looking to join some CDL Moshpit games in Call of Duty: Modern Warfare 2, the Combat Knife might not be your first choice. Perhaps you’re looking to use a traditional pistol as your secondary. If this is the case, then we recommend the P890 above all else for CDL Moshpit, mainly due to its best loadout.

The professional CDL players have banned the P890 amongst themselves, which is why viewers won’t see any pros using it in official matches. However, the CDL Moshpit ruleset has not restricted the P890, meaning all players have free reign when deciding to use it or not. If players do decide to toss the P890 on alongside their assault rifle or sniper, then they will want to use the pistol’s best set of attachments for competitive play.

The P890 is a two-shot kill to enemies at most ranges, meaning that players can use it as a mini-shotgun if they want. To make the P890 viable in close to mid-range, though, they will need to improve its mobility and recoil control more than anything.

This loadout gives the P890 a bump in several areas. This includes damage range, recoil control, mobility, fire rate, and magazine size. It’s the perfect choice to bring out when your assault rifle has run out of bullets or if you need to challenge an enemy at close-range while using a sniper class.