The best Owen Gun loadout in Call of Duty: Vanguard

The best Owen Gun loadout in Call of Duty: Vanguard

A unique SMG needs the right loadout in multiplayer 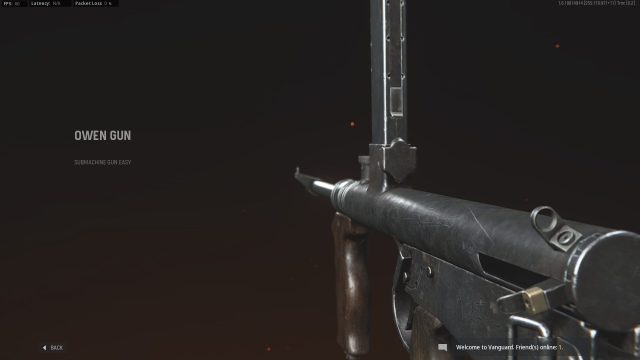 Provided by Activision The gun model for the Owen Gun in Vanguard.

There are six submachine guns in Call of Duty: Vanguard and some are far more user-friendly than others. The MP40 and Type 100 have dominant loadouts that feature no recoil and high damage while the M1928 and PPSh-41 are enjoyable to use once players figure out their recoil patterns. The Owen Gun, on the other hand, needs a specific loadout in order for players to have consistent success with it in Vanguard.

The Owen Gun is essentially the odd man out in the SMG category. It doesn’t act like the others in the class, featuring a low fire rate and less mobility. However, this is traded off for a higher accuracy and damage output. Players must master the Owen Gun’s fire rate so they can kill enemies quickly enough in Vanguard. If they don’t, they’ll be obliterated by the game’s top weapons. With its top loadout, the Owen Gun can become competitive in Vanguard.

The main area that players want to target with their Owen Gun loadout is damage range and mobility. Players need to ensure they can kill an enemy quickly enough, as the gun’s fire rate doesn’t allow for players to waste any time. Also, mobility is required since the Owen Gun needs to be able to traverse the map like other SMGs can.

The Removed Stock drastically improves sprint-to-fire time for mobility while the Fabric Grip does the same plus extra ADS speed. The Fleet and Quick attachments allow players to move much quicker around the map as well. While this Owen Gun loadout isn’t the best in Vanguard, it makes the gun much more user-friendly in multiplayer.