An underrated SMG in MW2 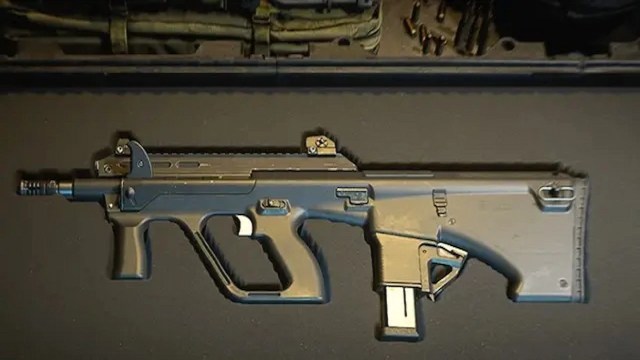 Provided by Activision The gun model for the MX9 in Call of Duty: Modern Warfare 2.

In Call of Duty: Modern Warfare 2 multiplayer, there doesn’t appear to be a “bad” submachine gun. While there are certainly some weapons in the class that are better than others, none of the choices will put players at a significant disadvantage. At the moment, the Vaznev-9K looks to be the top dog in the class, with the VEL 46 and Lachmann Sub trailing a little behind. However, there’s also the MX9, which has quite the underrated loadout thus far in Modern Warfare 2.

The MX9 is a part of the AUG family in MW2, being unlocked after players have leveled up the STB 556, which is the AR version of the AUG. If players remember Modern Warfare 2019’s version of the AUG, then they’ll already be familiar with the MX9. It shares many of the same qualities as the AUG from MW2019, but does have some different traits that arguably make it a stronger weapon. To really push the MX9 over the edge, though, players want to equip its best set of attachments.

To see the full loadout for the MX9 in Modern Warfare 2, keep reading below.

The MX9 can be quite a mobile weapon but it also has great accuracy and damage range for a submachine gun. All of these stats will be boosted in some fashion on the MX9’s loadout, making it a threat no matter where players are on the map.

This loadout gives players options, regardless of if an enemy is at close or long range. The AVR-790 Comp muzzle reduces recoil while the Bruen Q900 Grip and VLK LZR 7mW laser improve mobility. The 508mm Rear Guard gives the MX9 some extra firepower and the Bruen STB 556 Stock slightly improves recoil control so players can stay on target.