Get used to this older weapon again 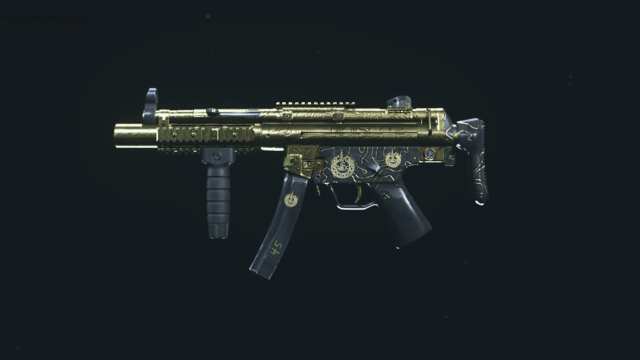 Provided by Activision The gun model for the MW MP5 in Call of Duty: Warzone.

Out of all of the weapons returning in Modern Warfare 2 and Warzone 2, the MP5 might just be the most popular. While it won’t be called the MP5 in the new Call of Duty games, it will seemingly act just like the MP5 from Modern Warfare (MW). Of course, the gun is currently available in Warzone, giving players a chance to prepare for the new games before they come out. If players truly want to make the most out of their time with the MW MP5, they’ll want to use its best loadout in Warzone.  The best loadout for the MW MP5 is still a fantastic secondary weapon in Warzone, regardless of the map.

To see the full loadout for the MW MP5 in Warzone Season 5, keep reading below.

This loadout foregoes a muzzle to utilize the Monolithic Integral Suppressor barrel, which improves bullet velocity, recoil control, and keeps players hidden on the radar when firing. There’s also no optic used, as the MW MP5 has terrific iron sights by default. The rest of the loadout primarily focuses on mobility, as players will need to ensure they’re competitive with the fast SMGs of Cold War and Vanguard.

The Merc Foregrip increases the SMG’s hipfire accuracy, the FTAC Collapsible stock boosts ADS speed and Sleight of Hand allows players to reload faster. The loadout finishes with the 40 Round Mags to ensure players don’t have to reload too often during the middle of a gunfight. The MW MP5 will be present in MW2 and Warzone 2, so players might as well use it in the current version of Warzone to prepare for those games.