An underrated weapon makes its mark 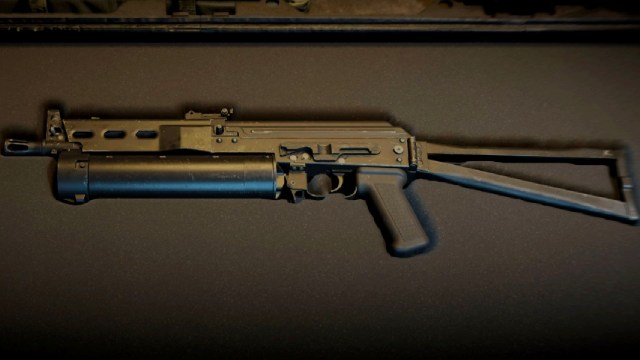 Provided by Activision The gun model for the Minibak in Call of Duty: Modern Warfare 2.

Call of Duty: Modern Warfare 2 Season 1 Reloaded is well underway and the recent update to multiplayer shook up the weapon meta quite a bit. Several high-profile weapons were either nerfed or buffed, including the MX9, Kastov 545, the Riot Shield, and the VEL 46. One weapon that was not touched, but some players feel like should have been, is the Minibak. For those unaware, the Minibak has actually been one of the best submachine guns in Modern Warfare 2 for some time, primarily thanks to its strongest loadout.

The Minibak is one of the most well-hidden secrets in multiplayer. Many players don’t know how strong it can be, but once they use it, that immediately becomes realized. While the Minibak isn’t as effective as the Vaznev-9K, it’s arguably the second-best SMG in multiplayer. Only the Fennec 45 could also lay claim to that spot. If players want to try out the Minibak before Season 2 of MW2 arrives, they will want to use its best set of attachments.

By default, without any attachments, the Minibak has little recoil, great damage range, a giant magazine, and solid mobility. To make it even stronger, we’ll be increasing the Minibak’s recoil control and mobility, which turns it into a huge threat at both close and long range.

The loadout begins with the Bruen Pendulum muzzle, which drastically increases recoil control. The Demo X2 Grip further boosts that stat as well. The FSS OLE-V Laser and Oztrezat Stock are in place to greatly improve mobility while the Minibak Grip Mag buffs recoil stabilization and aiming stability without reducing the SMG’s base magazine size.