A solid assault rifle for Season 1 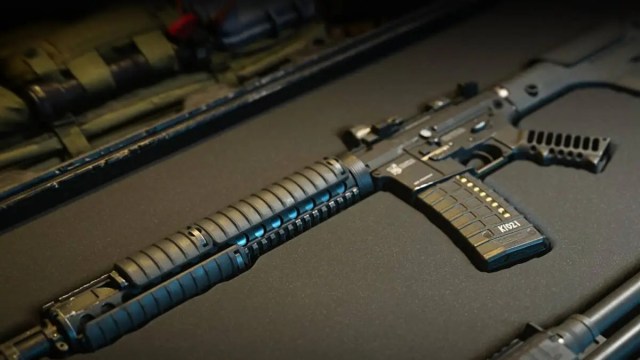 Provided by Activision The gun model for the M4 in Call of Duty: Warzone 2.

The assault rifle has several weapons that could be included in the weapon meta for Season 1 Reloaded in Call of Duty: Warzone 2. This primarily includes the TAQ-56 and Kastov 762, both of which are considered to be the top two guns in the class.

However, if players want to try out another rifle, they can always go with the ever-reliable M4. The M4 is arguably the best weapon in Modern Warfare 2 multiplayer and while that hasn’t translated over to Warzone 2, it still has a terrific loadout for battle royale.

What makes the M4 so strong in MW2 is its versatility. Players can use it as a traditional assault rifle but they can also use it up close and personal against submachine guns. The M4 has consistent recoil, damage range, and fire rate, making it a threat in any situation. This also applies to Warzone 2, there are simply stronger overall weapons that players can use.

If players are true fans of the M4, though, they’ll want to use the best set of attachments if they want it to compete against those other guns in Warzone 2.

The best loadout for the M4 consists of attachments that maximize recoil control, damage range, and bullet velocity. These stats help the M4 at mid-long range, which is where players will be doing most of their fighting.

The Echoless-80 and Hightower 20″ Barrel kick the loadout off, increasing the three stats we mentioned before. Those are followed by the FSS Sharkfin 90 to stabilize the M4. The loadout is completed with the AIM OP-V4, a great optic for mid-range, and the 45 Round Mag to give players a chance against multiple enemies.