The best loadout for the first gun in MW2 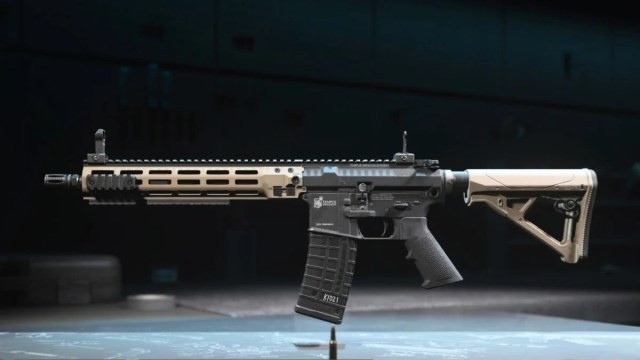 Provided by Activision The gun model for the M4 in Call of Duty: Modern Warfare 2.

When players first hop into Call of Duty: Modern Warfare 2 multiplayer, they’ll probably begin their first match by using the M4. It’s the first default loadout that players have access to and the M4 is an instantly recognizable weapon.

Coincidentally, the M4 also happens to be one of the strongest assault rifles in the game, which gives players a solid foundation to work off of with the other weapons in the game. As the M4 is likely the first weapon players will use after they unlock the Gunsmith, they’ll need a solid loadout for it in Modern Warfare 2.

While players could attempt to use a loadout that worked for them in the beta, the M4 and every other weapon has changed since then. Infinity Ward has tweaked the weapons and added new attachments, giving players a new experience than the one they had in the beta.

If you purchased the Vault Edition of Modern Warfare 2, then you’ll already have access to the best loadout for the M4. The Vault Edition comes with the FJX Cinder Weapon Vault, which gives players access to every attachment for the M4. If players didn’t purchase this edition, they’ll have to rank up the M4 from scratch. Either way, players can equip this specific loadout for the M4 if they want to dominate the opposition.

This loadout is primarily focused on increasing the M4’s base recoil control and damage range. These are the two most important stats for an assault rifle unless players want to play at close range. With this loadout, players can beam enemies across any map without having to put a ton of bullets in enemies.