The best M16 loadout in Warzone 2

The best M16 loadout in Warzone 2

One of the worst guns still has a strong loadout 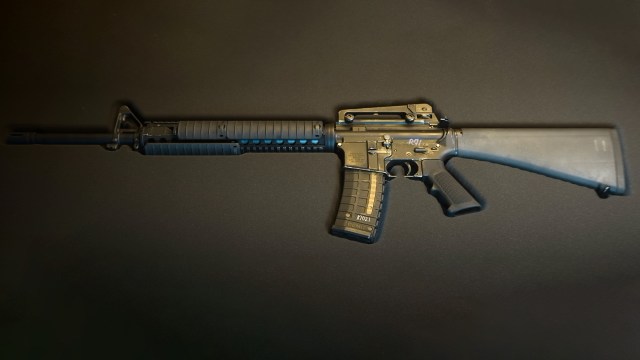 Provided by Activision The gun model for the M16 in Call of Duty: Warzone 2.

At the beginning of Call of Duty: Modern Warfare 2, the M16 assault rifle was undoubtedly the worst weapon in the game. It had trouble killing opponents at any range and had a horrid rate of fire for a burst-fire weapon. However, the developers decided to give the M16 some love in the Season 1 update, giving it several buffs for the launch of Warzone 2. Now, the M16 isn’t the best assault rifle, but if players are looking to use a burst-fire gun, they can try out its best Warzone 2 loadout at the very least.

The M16 has quite the history in Call of Duty — that alone makes it a popular gun for both new and returning players. Without the right attachments equipped, though, the M16 will be a pea-shooter that will lose to almost any other weapon in Warzone 2. If players make the risk to grab their M16 from a Loadout Drop, they need to be using the AR’s strongest set of attachments. Otherwise, players will be at a massive disadvantage no matter how they use the M16 on Al Mazrah.

To see the full loadout for the M16 in Warzone 2, keep reading below.

For our M16 loadout, we’ve opted to give the AR the maximum amount of accuracy and stability possible. While players could attempt to increase mobility, that won’t make too much of an overall difference with the M16.

First off, we’ve slightly increased the damage range, recoil control, and bullet velocity of the M16 by using the Harbinger D20 suppressor and 5.56 High Velocity ammo. Next, recoil control is buffed again with the Corio Precio Factory stock and Sakin ZX Grip. Finally, the SZ SRO-7 optic is a 3.4x zoomed scope that players can use for mid-long range engagements.