Add some firepower to the Lockwood 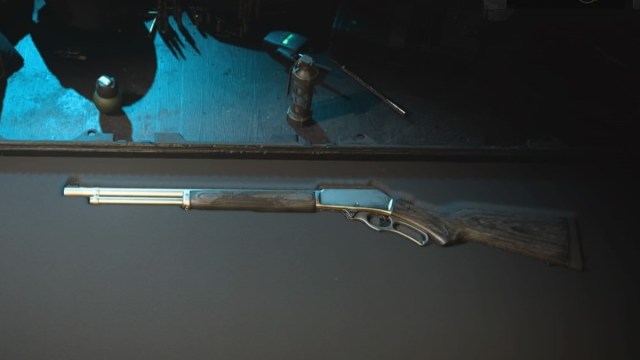 Provided by Activision The gun model for the Lockwood MK2 in Call of Duty: Warzone 2.

The marksman rifle weapon class hasn’t made a significant dent in Call of Duty: Warzone 2 yet. Season 1 introduced a new sniper rifle, and players have opted for the longer range options rather than the quickscoping marksman rifles. This is primarily because the marksman rifles don’t possess enough firepower to be worth using over traditional snipers.

However, if players are compelled to equip a marksman rifle and don’t want to use the ever-popular SP-R 208, they can opt for the Lockwood MK2. The Lockwood MK2 isn’t as powerful as the SP-R, but it is faster, which opens up some avenues for its loadout in Warzone 2.

To put it bluntly, the Lockwood MK2 is a hit-marker machine, especially in multiplayer. In Warzone 2, the Lockwood MK2 requires three or four bullets to take down a fully-armored enemy unless players can hit consecutive headshots. This isn’t practical for a marksman rifle, as players can easily use another weapon and kill enemies more efficiently. The one pro the Lockwood has going for it is its quickness. Players can snap onto enemies with ease using the Lockwood, making it an enjoyable gun to use if players can hit their shots. The best set of attachments for the Lockwood aims to help out with this.

For the Lockwood MK2’s loadout, we’ll be focusing on damage range more than anything. Improving this stat gives players a better chance at killing enemies faster, making the gun a more viable choice.

The loadout starts out with the Bruen Agent 90 muzzle and 21″ Coyote Barrel, improving damage range, recoil control, and bullet velocity. Next, we have the SZ Bullseye Optic, which is perfect for mid-range gunfights. Rounding out the loadout is the .45 GVT High Velocity ammunition to improve bullet velocity and the Longhorn Lever to increase rechambering speed.