One of the quickest snipers in multiplayer 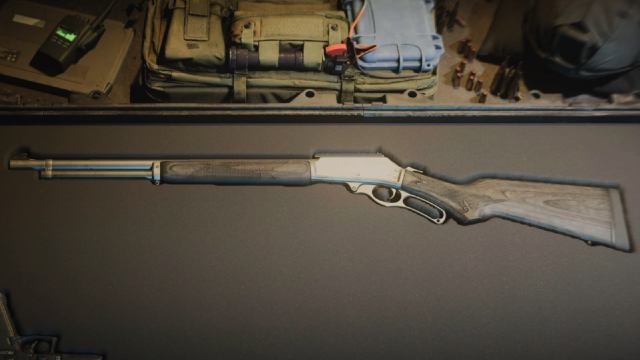 Provided by Activision The gun model for the Lockwood MK2 in Call of Duty: Modern Warfare 2.

So far in Call of Duty: Modern Warfare 2, sniping has been on a tear. In nearly every lobby, there is at least one sniper that is making life difficult for the enemy team. The wide selection of sniper rifles, both in the classic class and the marksman rifle category, is allowing players to test their limits with this kind of gun. In this early era of MW2, the marksman rifles have seemingly been more popular than traditional snipers. One of the guns leading that charge is the Lockwood MK2, which has an absolutely lethal loadout in Modern Warfare 2.

Since the Lockwood MK2 is such a fast sniper, it’s natural that quick-scoping players gravitated toward it at the beginning of MW2. However, in the past, these kinds of snipers usually had a trade-off, which was speed/mobility in exchange for damage. Since marksman rifles can aim in and move so quickly, they usually aren’t adept at one-shotting enemies like traditional snipers can. In MW2, though, this has not been the case. The Lockwood MK2 and other guns like it have been lethal thus far, and it’s all thanks to some key attachments.

To see the full loadout for the Lockwood MK2 in Modern Warfare 2, keep reading below.

While the Lockwood MK2 already has some strong damage range by default, a little extra puts it more in line with the upper tier of marksman rifles. The recommended loadout for the marksman rifle also adds some additional mobility so players can fly around the map.

The 25″ Buffalo barrel increases damage range, while the FTAC Dreadnaught muzzle improves recoil smoothness and aiming stability. The rest of the loadout focuses on mobility, with the Accu-Shot 5MW Laser giving players some added hip-fire accuracy if they don’t feel like aiming down sights.