The best Lienna 57 loadout in Call of Duty: Vanguard Season 5

The best Lienna 57 loadout in Call of Duty: Vanguard Season 5 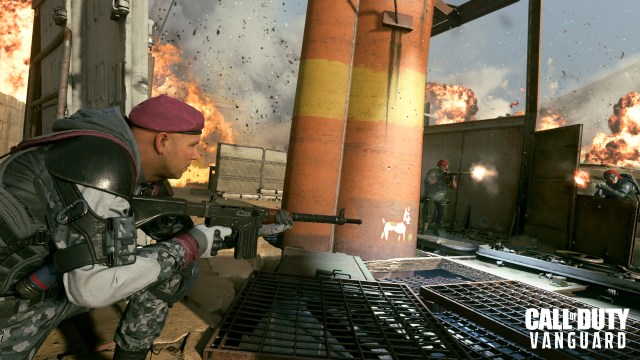 The Lienna 57 is the newest light machine gun in Call of Duty: Warzone and Vanguard that arrived with the Season 5 Reloaded update. LMGs have been a popular weapon class throughout Vanguard’s life cycle, as this is the third LMG that’s been added to the game. While it remains to be seen if the Lienna 57 can be as strong as the Whitley or UGM-8, it does have a promising loadout in Vanguard.

Unlike the Whitley and UGM-8, the Lienna 57 is compact and is designed as more of an AR/LMG hybrid. While players should still treat the Lienna as an LMG, its versatility does allow players to be freer on the map when using it. The recommended loadout for the Lienna 57 reflects that as well.

To see the full loadout for the Lienna 57 in Vanguard Season 5 Reloaded, keep reading below.

Since the Lienna 57 is more of a compact light machine gun, we’ve opted for a well-rounded loadout. This means players can use it at either close or long range. The recommended loadout for the Lienna 57 improves most of its pertinent stats, including fire rate, recoil control, mobility, and bullet velocity.

The Recoil Booster comes in first to improve the Lienna’s fire rate while the Frei 432mm Shrouded barrel is in place to improve recoil control. The M1941 Hand Stop, Baukmann GMK-2 stock, and Tight Grip also reduce recoil to make the Lienna 57 a laser beam when firing. The final attachments are Lengthened to boost bullet velocity and Fabric Grip to give players some extra mobility.

The Lienna 57 can be a real menace in Vanguard, especially when using this set of attachments on its loadout.