The MP5 is back and better than ever 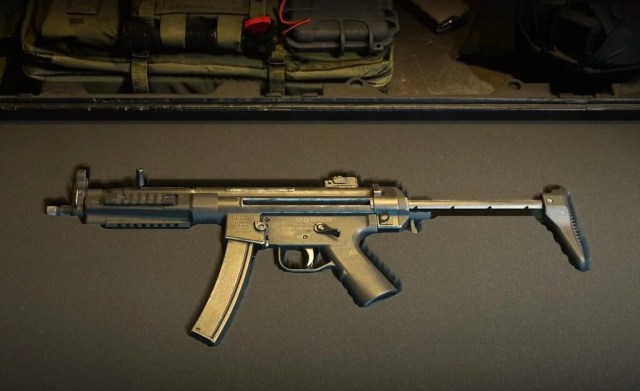 Provided by Activision The gun model for the Lachmann Sub in Call of Duty: Modern Warfare 2.

The Lachmann Sub submachine gun has instantly become one of the most popular weapons in Call of Duty: Modern Warfare 2 multiplayer.

While this partly stems from the SMG’s presence in the beta, it’s mainly because veteran players know the gun as the MP5 from previous titles. Given the fact that the MP5 has been so strong and popular in those games, players have used it in MW2 assuming that it has the same level of power. If players assume that of the Lachmann Sub in Modern Warfare 2, they would be correct, as the SMG has a dominant loadout early on.

As of right now, the Lachmann Sub is seeing some use in the competitive scene of MW2. It hasn’t been as popular in multiplayer due to the fact that players need to level up the Lachmann battle rifle and assault rifle before unlocking the Lachmann Sub. As time goes on, though, the Lachmann Sub will be unlocked by more players and that crowd will need the top loadout for this SMG.

The Lachmann Sub’s best loadout primarily comes from the professional scene. Pro players have been testing different attachments over the past couple of days and found that there are a few attachments that work best for this SMG.

However, players can make this up with attachments like the LM Stockless Mod. Recoil control is given more boosts by using the AVR T-90 Comp muzzle, Lockgrip Precision-40 underbarrel, and Lachmann TCG-10 rear grip. Overall, this Lachmann Sub loadout is terrific at both close and long range and should continue to be a meta weapon for the foreseeable future.