A loadout for an underrated AR in MW2 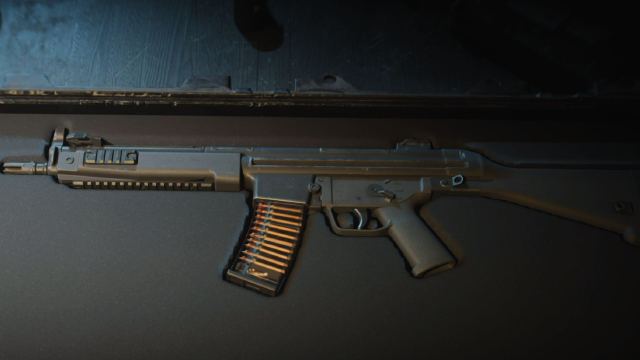 Provided by Activision The gun model for the Lachmann 556 in Call of Duty: Modern Warfare 2.

The selection of assault rifles in Call of Duty: Modern Warfare 2 is quite impressive. There are several guns that can be considered in the meta at this time, with the TAQ-56, M4, and STB 556 leading the charge.

However, the guns that are lower on the popularity charts are no slouches either, except for the M16. One such assault rifle that is vastly underrated by the Modern Warfare 2 player base is the Lachmann 556, which has a surprisingly decent loadout in multiplayer.

The Lachmann 556 can be unlocked by reaching level 13 with the Lachman 762 in MW2. That’s a herculean task, as the 762 isn’t the best weapon to use. Once players get over that hump, though, they’ll have access to the 556. While not as strong as some of the other assault rifles in MW2, the Lachmann 556 can be a powerful gun that might surprise some players. Although, this is only possible if players equip the best set of attachments for the AR.

Like many other weapons in MW2, the Lachmann 556 benefits from only having three or four attachments on its loadout. Many of the attachments in MW2 hurt the gun more than they help it, so the fewer attachments, the better the gun performs. Of course, players will still need a few attachments to improve the gun.

The loadout begins with the Echoless-80 muzzle, which is a suppressor that boosts damage range, bullet velocity, and recoil control. The 15.9″ Lachmann RAPP Barrel accomplishes this as well.

The attachments are rounded out by the Cronen Mini Red Dot, which is perfect for any distance, and the FSS Sharkfin 90 underbarrel, increasing aiming idle stability.