One of the best overall snipers in MW2 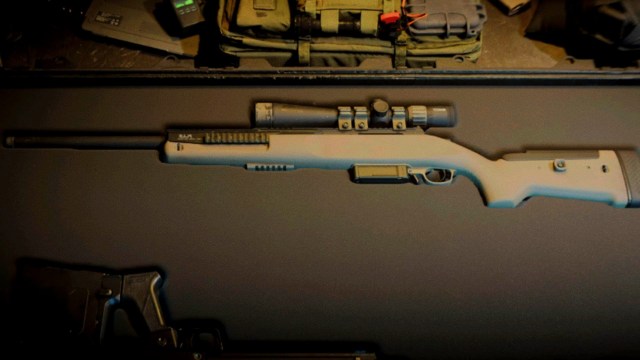 Provided by Activision The gun model for the LA-B 330 in Call of Duty: Modern Warfare 2.

The current meta for sniper rifles in Call of Duty: Modern Warfare 2 is up in the air, for the most part. Some sniping enthusiasts have gone with a marksman rifle over a traditional sniper due to their speed and quickscoping ability. However, there are still a large number of players who would rather equip a regular sniper to dominate the battlefield with. The LA-B 330 is one such sniper rifle that has seen a ton of early use in Modern Warfare 2, mainly thanks to its best loadout and base stats.

The LA-B 330 is a version of the M40A3 from previous Modern Warfare games. It’s fast, has decent accuracy, and damage range that closely matches the beefier snipers in the game, like the MCPR-300. Essentially, the LA-B is a mix between a regular sniper and a marksman rifle, which has been quite alluring to players thus far. Although, players won’t get far with the LA-B 330 unless they use its top set of attachments in MW2.

To see the full loadout for the LA-B 330 in Modern Warfare 2, keep reading below.

In order for the LA-B 330 to keep up with the other snipers in its class, players will need to increase its bullet velocity and damage range. Luckily, players can do just that with a couple of key attachments. As a note, this LA-B class is currently being used by Brandon “Dashy” Otell of OpTic Texas.

The first two attachments on this loadout help with the much-needed increase in bullet velocity. The .300 High Velocity Ammo especially gives players a significant boost in that area. While this loadout might not be as fast as a marksman rifle or as powerful as a regular sniper, it has a great mix between the two and allows players to play how they want with it.