A quickscoping sniper on Al Mazrah 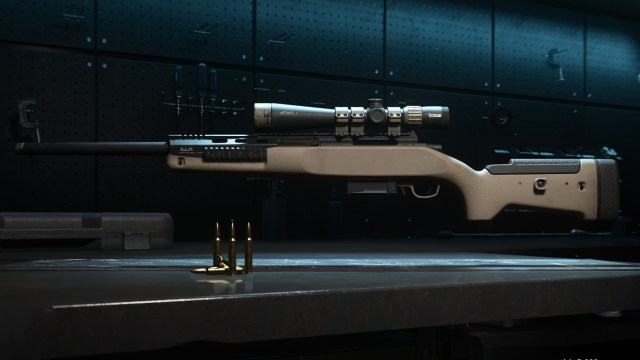 Provided by Activision The gun model for the LA-B 300 in Call of Duty: Warzone 2.

Sniping in Call of Duty: Warzone 2 has been quite successful for players thus far in Season 1. The community has taken advantage of the large size of the Al Mazrah map by using sniper rifles to take down opponents at long range. While all five of the available snipers in Warzone 2 are viable in their own right, there are some that are better than others; unfortunately for players who enjoy the LA-B 300, it did not make the cut for that list. However, that doesn’t mean the LA-B 300 and its best loadout aren’t worth using in Warzone 2.

The LA-B 300 simply isn’t as powerful as the other four snipers in the game. For the record, we’re talking about the actual snipers and not the marksman rifles, which are more used for quickscoping purposes. And therein lies the problem; since the marksman rifles are such strong quickscoping options, there’s little reason for players to use the LA-B, which is more of a quickscoping sniper. The LA-B falls in the middle between sniper and marksman rifles, resulting in players not using it too much. Although, with the right attachments, players can find some success with the LA-B.

To see the full loadout for the LA-B 300 in Warzone 2, keep reading below.

Since the LA-B 300 is meant to be a quickscoping option, we’ve gone with several mobility attachments for its best loadout. This gives players the best chance to hit their shots in close to medium range.

The loadout begins with the Nilsound 90, which is a suppressor that boosts damage range and bullet velocity. Then there’s the .300 Armor Piercing ammunition, which allows players to break through armor more easily. The rest of the loadout is focused on improving aim down sight and sprint-to-fire times along with overall mobility. Players should see a significant performance boost using this loadout for the LA-B 300.