The best killstreaks to run in Modern Warfare 2

The best killstreaks to run in Modern Warfare 2

The best set of streaks in MW2 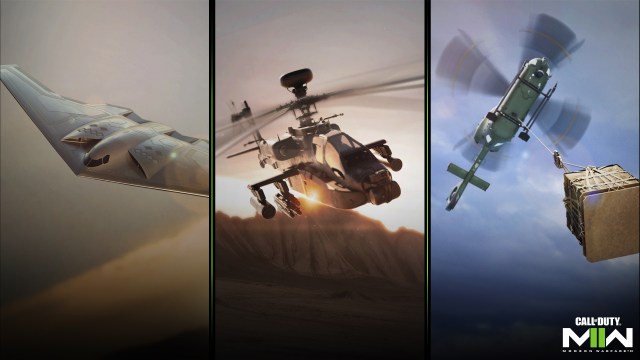 Killstreaks are back in Call of Duty: Modern Warfare 2, and they’re stronger than they have been in years.

From the dominant Gunship to the large power of the UAV, streaks are once again prevalent in multiplayer. However, there are close to 20 total streaks in MW2, which can leave players a little overwhelmed trying to pick which ones to use in their three slots. Luckily, we’ve put together a list of the top five killstreaks that you should be using in Modern Warfare 2.

The streaks will be ranked below from the best to the worst, but all five streaks are incredibly powerful.

The lowest killstreak in MW2 is the best killstreak. Since Ghost is an Ultimate Perk in multiplayer, UAVs are extremely powerful in the first half of a game. Other than shooting the UAV down with a launcher or calling in a specific streak, there is no way to counter it until you unlock Ghost. Because of this, you should be running a UAV in every single match.

This was a fairly obvious second choice. Aside from shooting down a UAV, the only other way to counter one is to call in a Counter-UAV, which blocks out the enemy’s mini-map. Just like the UAV, the Counter-UAV is as powerful as any other killstreak in multiplayer and it only takes five kills to unlock. The duo of UAV/Counter-UAV is lethal.

The classic Chopper Gunner is next up on our list. This killstreak needs no introduction, but we’ll give it one anyway. Players take control of a mini-gun and rockets from the seat of a military helicopter. They can then rain down hellfire onto the battlefield below. It takes a few launchers to shoot down the Chopper Gunner, so players should be able to stay in it for at least 20 to 30 seconds every time.

Despite being a lesser-tier killstreak, the SAE is deadly when called in at the right time and on the right map. This streak drops down a fleet of explosives onto the ground below in three specific locations. Players can’t really survive this streak if they’re caught in the crossfire. The SAE is especially dominant when used in objective game modes like Domination and Hardpoint.

While it’s one of the tougher killstreaks to earn in Modern Warfare 2, the Gunship is an absolute thrill to use. It allows players to take control of an AC-130, giving them the choice of three different weapons to fire from the sky. Players can use the large-scale explosive that shoots a single shot, the less impactful, but still powerful 40mm bombs, or the machine gun shots that fire quickly.

It takes quite a lot of firepower to take down the Gunship, meaning players will likely always finish out the streak without being shot down. It requires a long streak to earn, but it’s absolutely worth it.

Some honorable mentions include the Overwatch Helo, Cruise Missile, and Advanced UAV. We didn’t include the VTOL Jet on this list due to the ongoing bug with the Riot Shields and “God Mode,” but it’s one of the best multiplayer killstreaks as well.