The best killstreak set-up in Call of Duty: Vanguard

The best killstreak set-up in Call of Duty: Vanguard

The backbone of Call of Duty multiplayer 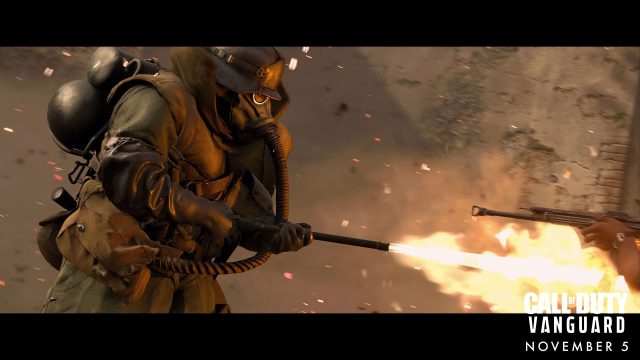 Killstreaks have always been a vital part of any Call of Duty title and Vanguard has not changed on this front. There are 16 total killstreaks for players to choose from in multiplayer and also a mixture of lethal and non-lethal streaks. As Vanguard is still fresh, players might not know which streaks to equip or which are even worth running.

As always, players can equip three killstreaks that they can earn in one life. There’s no re-lapping killstreaks, so players can only earn streaks in one life unless they also earn a V2 Rocket at 25 consecutive gun kills. This means that players have to be careful with what streaks they equip. Below, players can find the recommended set of killstreaks to currently use in Vanguard multiplayer.

The first slot in the killstreak menu is usually the simplest for players to decide on. Traditionally, players will run some form of UAV/Spy Plane in order to see where enemies are on the map. This gives them the knowledge to kill those enemies easier and makes getting to the next killstreak faster.

In Vanguard, it’s no different. Players should either run Intel at three kills or the Spy Plane at four kills. The former only gives a UAV for the player themselves while the Spy Plane puts one up for the whole team.

This is where the decision process gets a little murky. Players have a few options when selecting their second killstreak. The first option is to equip a Counter Spy Plane at four kills. This only works if players are running Intel as their first killstreak. The Counter Spy Plane cuts out the enemy mini-map and can make flanking and surprising enemies much more effective. This, in turn, can lead players to earn their final killstreak quicker.

However, players who want to go a more lethal route can equip the Glide Bomb or Strafing Run. Both are single-use killstreaks that can eliminate a horde of enemies if used in the Assault/Blitz Combat Pacing. Players need to be careful about running the Strafing Run, though, as it can and will kill the user.

Finally, the third slot comes down to preference. If players want to run a lower killstreak, they should equip the Bombing Run at seven kills. This is perhaps the best killstreak in Vanguard, as it does multiple trips and can eliminate a huge amount of enemies during any of its runs over the sky.

For players wanting a higher killstreak to go for, the Flamenaut at nine kills or Fire Bombing Run at 10 kills are the best choices. The Attack Dogs are also useful but only on smaller maps where enemies can’t pick them off from a distance. However, more times than not, the Bombing Run will get more kills than either of those streaks.