The best Kastov-74u loadout in Call of Duty: Warzone 2

The best Kastov-74u loadout in Call of Duty: Warzone 2

One of the best ARs in Season 1 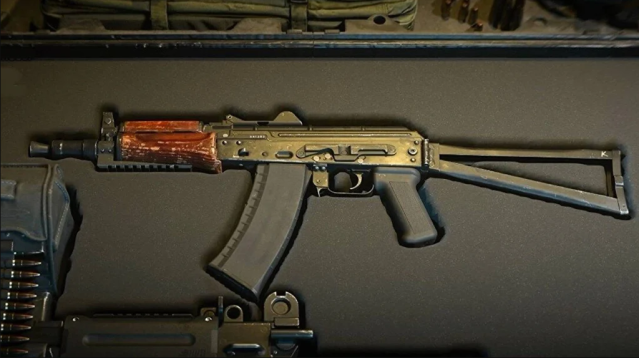 Provided by Activision The gun model for the Kastov-74u in Call of Duty: Warzone 2.

For three weeks, the Kastov-74u has been the strongest overall weapon in Call of Duty: Modern Warfare 2 multiplayer. While it received a small nerf in the Season 1 update, it’s just as strong as it was before. In Warzone 2, the jury is still out on the 74u, as more players are trying their hand at the M4 before moving on to other ARs. Once players decide to use the Kastov-74u, though, we have them covered with the AR’s best loadout in Warzone 2.

Because of its tremendous damage range and mobility, the 74u really is a jack-of-all-trades, even without any attachments equipped. It can absolutely beam enemies at any range and kill them as quickly as any other gun in the game. While it doesn’t appear like the Kastov-74u is as overpowered in Warzone 2 as it is in MW2, it’s still an extremely strong weapon. However, it’s only made stronger when players equip its best set of attachments.

Since the Kastov-74u already has terrific base stats, we won’t be equipping any over-the-top attachments. Instead, we’ll be focusing on making the 74u a little stronger without reducing other stats in the process.

There’s also the FTAC Tiger Grip that increase hip-fire accuracy, allowing players to almost always get the first shot on enemies in close-medium range. The Cronen Mini Pro is a great close-range optic while the 45 Round Mag ensures players won’t have to reload too often.