One of the three Kastov assault rifles 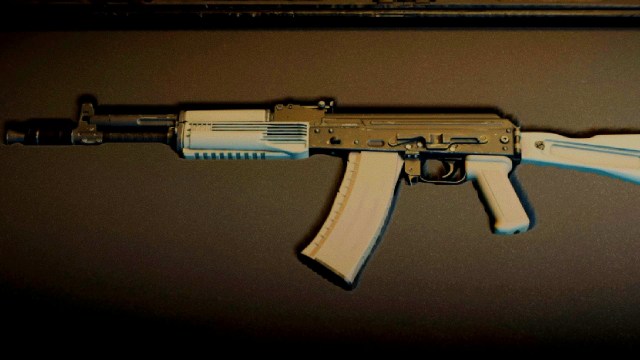 Provided by Activision The gun model for the Kastov 545 in Call of Duty: Modern Warfare 2.

In the assault rifle category of Call of Duty: Modern Warfare 2, there are three different versions of the Kastov. There’s the Kastov 762, Kastov-74u, and the Kastov 545. All three of these weapons are modeled after a different version of the AK family of rifles. The 762 is closest to a classic AK-47 while the 74u resembles that of an AK-74u from previous COD titles. Then, there’s the Kastov 545, which actually looks like the AN-94 that was first seen in Black Ops 2. It’s not the exact same gun — it lines up more with a classic AK-47; but that’s what players recognize it as in multiplayer. Fortunately for fans of the AN-94, the Kastov 545 has a tremendous loadout in Modern Warfare 2, making it quite a useful assault rifle.

The 545 packs an enormous punch in MW2, delivering some of the best performance out of any AR in its class. While there are stronger overall weapons than the 545, few can match its lethality, especially at medium range. That said, there are some attachments to maximize the Kastov 545’s already-strong power while also boosting some of its weaker stats.

To see the full loadout for the Kastov 545 in Modern Warfare 2, keep reading below.

For the Kastov 545’s loadout, we’ve gone with a mixture of attachments that aim to lower recoil and improve mobility. This way, players won’t be at a disadvantage if they decide to push enemies up close or fight them at a distance.

The Silentfire XG6 muzzle and KAS-7 406mm barrel both aim to reduce the Kastov 545’s recoil while also boosting bullet velocity and not harming mobility too much. However, mobility is given an increase thanks to the Prolite TL3 Stock, making close-range gunfights more manageable. Finally, the Ivanov ST-70 Grip increases flinch resistance so players can stay on target when being shot at from a distance.