The best HCR 56 loadout in Warzone 2

The best HCR 56 loadout in Warzone 2

A solid choice for an LMG in Season 1 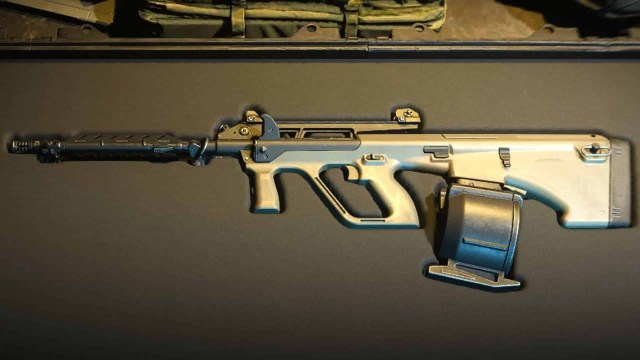 Provided by Activision The gun model for the HCR-56 in Call of Duty: Warzone 2.

Light machine guns are firmly in the weapon meta of Call of Duty: Warzone 2 during Season 1.

Mainly thanks to weapons like the RAAL MG and RPK, LMGs have become one of the most popular gun categories in the short life of the battle royale so far. While the RAAL and RPK are the two most-used LMGs, there are other guns in the class that players should be aware of. One of them is the HCR 56, which has a truly underrated loadout in Warzone 2 that any player can use with great effectiveness.

The HCR 56 is a version of the AUG, and it belongs to the same Weapon Platform as the MX9 and STB 556. Generally, the HCR acts like a slower STB 556, but it can be altered with attachments to behave more like an assault rifle. This might not be in the best interest of the HCR 56, though, as adding attachments to increase stats like mobility greatly harm its overall accuracy and range. For players that want to use the HCR 56 in Warzone 2, they’ll need the best overall attachments.

For this loadout, we’ll be focusing on recoil control and overall stability. This means the HCR 56 will be a slow weapon, but as long as players keep gunfights at a distance, they shouldn’t notice their reduced mobility.

As you can see, recoil control is king with this loadout. The Bruen Turaco 686mm barrel starts off the loadout by boosting recoil control, bullet velocity, and damage range. The VX Pineapple adds some extra recoil control while the STIP-40 Grip and Bruen TS-30 Comb both increase the HCR 56’s aiming stability. Finally, the Schlager 3.4x scope is perfect for mid-long range gunfights in Warzone 2, which is where players should be using the HCR 56.