A single-shot beast at long range 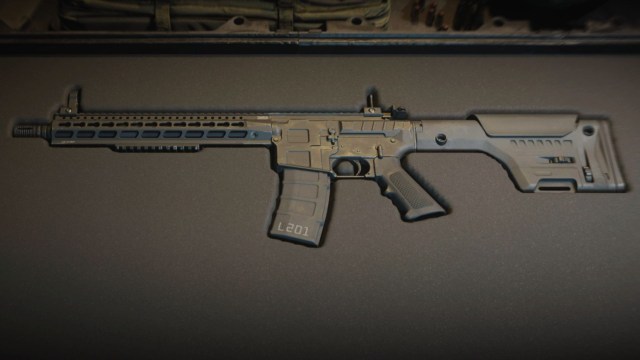 Provided by Activision The gun model for the FTAC Recon in Call of Duty: Warzone 2.

The battle rifle category in Call of Duty: Warzone 2 has been one of the least-used classes in the entire game. The same goes for Modern Warfare 2, where players initially found out how weak battle rifles are compared to traditional assault rifles or light machine guns. While this is still true in Warzone 2, players can fight at much longer ranges on Al Mazrah than they can in multiplayer. This gives the battle rifles a slight advantage. If players are willing to try out a battle rifle loadout, we recommend the FTAC Recon, which is arguably the best weapon in its class in Warzone 2.

The FTAC Recon comes from the M4 Weapon Platform and players can use it after they level up the M4. We recommend going through all of the weapon levels for the FTAC Recon to have access to all of its attachments. Of course, if you bought the Vault Edition of Modern Warfare 2, then you will already have all of the attachments unlocked. Either way, once you have all of the Recon’s attachments, you can equip its strongest set of attachments to gain an upper hand in Warzone 2.

Since players likely won’t be using the FTAC Recon in close-range, we’ve decided to make its loadout all about accuracy and bullet velocity. This will give players a huge advantage at longer ranges, especially against assault rifles.

With this loadout, players will see a huge bump to both bullet velocity and recoil control. This all comes at a cost of mobility, but as long as players keep their engagements at long range, they won’t notice that decrease. If players feel they are running out of bullets too quickly, though, they can replace the High Velocity Ammunition with the 15 Round Mag magazine.