An underrated SMG in Season 1 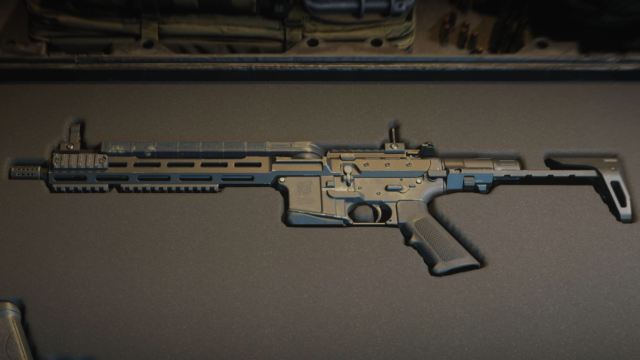 Provided by Activision The gun model for the FSS Hurricane in Call of Duty: Warzone 2.

The submachine gun meta in Call of Duty: Warzone 2 is one of the most interesting from a player’s perspective. Just like in Modern Warfare 2, there’s not truly a “bad” SMG that will put players at an immediate disadvantage when using it. All eight of the guns are viable in their own way and have strengths that make them at least intriguing to equip. However, perhaps the most underrated SMG thus far in Warzone 2 is the FSS Hurricane, which many players might not know about.

The FSS Hurricane is a part of the M4 Weapon Platform and it’s one of the more well-rounded SMGs in Warzone 2. Although, due to the early dominance of the Fennec 45 and the popularity of other guns like the VEL-46, Vaznev-9K, and BAS-P, the Hurricane has gone under the radar. As we said before, though, every SMG is viable, and the same applies to the Hurricane. It has a large magazine, terrific mobility, and enough damage range to make it a solid choice at close-medium range. In order to reap all of these benefits, however, players need to use the best set of attachments for the FSS Hurricane.

With the Season 1 update, the FSS Hurricane actually got a slight boost to its overall mobility. Since it was already one of the most mobile SMGs in Warzone 2, this buff only enhanced this strength for the Hurricane. Players can easily use that to their advantage if they use this SMG in close range.

Since the Hurricane already has such strong mobility, we’ve decided to build its loadout with an emphasis on range and accuracy. All of the attachments in place help one of these areas in some way without reducing mobility too drastically. This allows players to still use the FSS Hurricane as an SMG in close quarters, but they can now also take gunfights at mid-range with it.