A fast-killing AR in Season 5 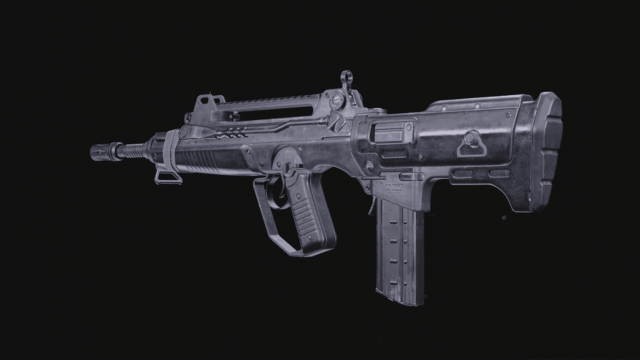 Provided by Activision The gun model for the FFAR 1 in Call of Duty: Warzone.

For nearly the entire duration of the Black Ops Cold War life cycle in Call of Duty: Warzone, the FFAR 1 assault rifle completely dominated the meta.

While it was eventually nerfed before Vanguard arrived, players of every skill level had the FFAR leveled up and used it on their primary loadout. It was simply the best gun in the entire game, combining a high fire rate with lethal damage range and accuracy. The FFAR 1 isn’t what it used to be in Warzone, but it still carries an underrated loadout that’s perfect for Rebirth Island or Fortune’s Keep.

In the Season 5 Reloaded update, the FFAR 1 was actually buffed quite significantly. With this buff in place, players will be able to kill enemies slightly faster, as long as they’re aiming for the upper body and using the FFAR in close-medium range. However, players can deal even more damage if they equip the AR’s best set of attachments.

To see the full loadout for the FFAR 1 in Warzone Season 5, keep reading below.

This loadout for the FFAR is strictly meant to increase its mobility for use on the smaller maps in Warzone. Players don’t even have to use a secondary SMG with this loadout since the FFAR with these attachments acts like a larger SMG. The Tiger Team Spotlight improves mobility and hip-fire accuracy while the Raider Stock and Serpent Wrap vastly improve the sprint-to-fire speed. Finally, the Salvo 50 Rnd Fast Mag allows players to get up close to enemies and reload quickly to keep the fight going.

The FFAR can be effective on Caldera, but it really lights up the killfeed on the smaller maps of Rebirth Island and Fortune’s Keep.