A fast and reliable loadout 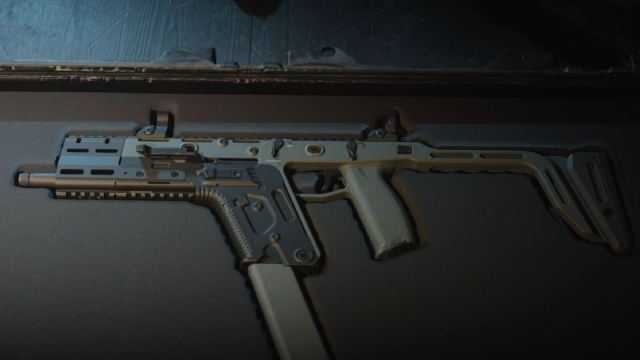 Provided by Activision The gun model for the Fennec 45 in Call of Duty: Modern Warfare 2.

Over the course of Call of Duty: Modern Warfare 2, there have been two submachine guns that have utterly dominated the meta. One of them is the Vaznev-9K, which most players would agree is the top overall SMG thanks to its combination of damage and accuracy. The other SMG that has competed with the Vaznev is the Fennec 45. This SMG was actually banned by CDL professionals due to how strong it is, especially at close range. The Fennec 45 has remained a top SMG throughout Modern Warfare 2 Season 1 thanks to its base stats and best loadout.

Those that have used the Fennec before know exactly what it can do. No other gun has a faster fire rate than the Fennec, making it a monster in close range. It’s also dominant at mid-range, provided that players can hit their shots with consistency. The strongest set of attachments attempts to improve its recoil control and damage range while also keeping its mobility high. These stat boosts give the Fennec 45 a strong chance to win a gunfight no matter the range or situation that players might find themselves in Modern Warfare 2.

To see the full loadout for the Fennec 45 in Modern Warfare 2, keep reading below.

These attachments are somewhat out of the norm, but they absolutely make the Fennec 45 a stronger weapon.

The main attachments you want to pay attention to are the FORGE TAC Ninja barrel and the Fennec Mag 45. The barrel increases the Fennec’s recoil control, damage range, and bullet velocity while also keeping its integrated suppressor. The Fennec Mag 45 gives players 15 extra bullets to work with, which is important given how fast the Fennec mows through ammo. The rest of the loadout is focused on improving mobility, recoil control, and stability.