A revived weapon in Season 5 Reloaded 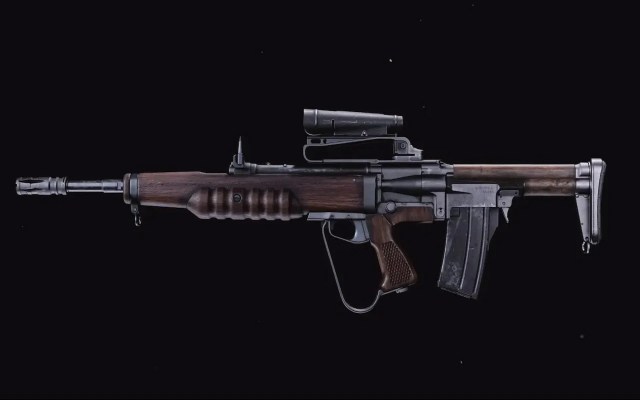 Provided by Activision The gun model for the EM2 in Call of Duty: Warzone.

Several weapons from older games in Call of Duty: Warzone have broken into Season 5 Reloaded’s meta. Whether it’s because players are feeling nostalgic in Warzone’s final month or a weapon received a recent buff, Vanguard guns are becoming less and less popular. Modern Warfare and Black Ops Cold War are experiencing a resurgence in Warzone. One such weapon that many content creators have doted on is the EM2, which has a surprisingly strong loadout in Warzone.

Recently, creator WhosImmortal called the EM2 one of the better long-range options in Season 5. WhosImmortal even stated that the EM2 can kill enemies quicker than the STG44 and Automaton, two of the best ARs in Warzone. In order to achieve those kinds of results, players need to use the best loadout for the EM2 in Warzone, which WhosImmortal laid out in their recent video.

To see the full loadout for the EM2 in Warzone Season 5, keep reading below.

The other three attachments are meant for support. The Axial Arms 3x is standard for Cold War ARs while the Field Agent Grip decreases recoil both vertically and horizontally. Finally, the STANAG 50 Rnd allows players to stay in gunfights without having to duck away to reload. This EM2 loadout is becoming increasingly popular in Warzone Season 5 Reloaded, as it gives players a competitive alternative to the slate of Vanguard and Modern Warfare ARs.