The best Eevee evolutions in Pokémon Scarlet and Violet

The best Eevee evolutions in Pokémon Scarlet and Violet 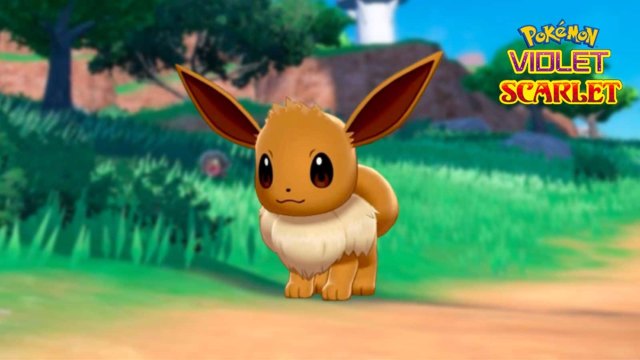 Provided by The Pokémon Company. Eevee, the Evolution Pokémon.

However, in terms of usage in gyms, there are some that are more viable than previous generations. In no particular order, here are some of the top Eevee evolutions in Pokémon Scarlet and Violet.

Vaporeon remains one of the best Eevee evolutions

It’s no different than in any other Pokémon game in that the Water type remains a powerful one. Thanks to its design, this also means that Vaporeon remains one of the best Eevee evolutions available. Essentially, since Eevee’s evolutions change them into a specific type of Pokémon, the main rule to judge if they’re good is if they can stack up to powerful Pokémon of the same type within their generation.

Thanks to a bunch of stats that go up high and scale well, Vaporeon is always a good choice, especially if you don’t go with the Water-type starter Pokémon, Quaxly.

Jolteon’s strength is its damage

On the other side of things, another great Eevee evolution is Jolteon. While the type isn’t nearly as powerful as Water is, Jolteon remains a very strong pure Electric-type Pokémon in the game. Thanks to a high Special Attack, Jolteon can help you deal with those strong Water-type Pokémon that players and trainers alike will run.

On top of all of that, he can easily slide into your team and not overlap types with your starter, no matter their evolution.

Umbreon is always a good choice

Next up, Dark-type Umbreon has also always been a great choice for an Eevee evolution. This revolves around two reasons for Umbreon: the rarity of pure Dark-type Pokémon and how good Umbreon is at tanking hits. From a gameplay standpoint, a pure Dark-type Pokémon is entirely immune to Psychic damage and takes half from Ghost and other Dark types. Then, adding the great defensive stats Umbreon gets, makes this Eevee evolution a tank in a way.

On top of that, unless you choose the Grass-type starter Sprigatito and evolve them to their final Grass/Dark form, you’ll have a Dark-type Pokémon to use throughout your travels.

To end off this piece, the final great Eevee evolution is one of the newest in the series: Fairy-type Sylveon. With the introduction of the Fairy type to Pokémon games, their exclusivity to the game was clear. A lot of Pokémon would have it as a secondary type, with very few as a primary one.

Luckily enough, Sylveon came along and instantly was recognized as one of the best Fairy-type Pokémon in the series. Much like Umbreon, it can take hits, but more so thanks to its high HP and Special Defense stats.

Plus, with its ability to hit hard with Fairy-type moves, it’s always a good idea to get a Sylveon if you want a Fairy-type Pokémon.