A late rising LMG in Warzone 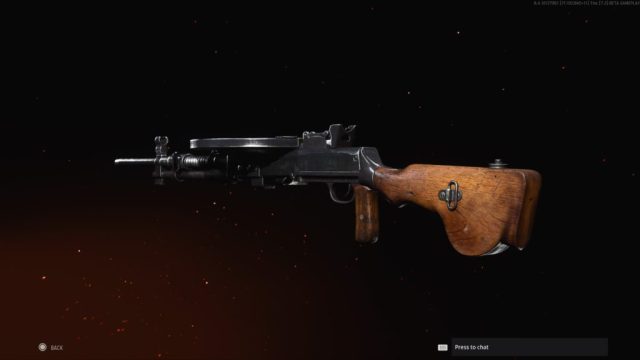 Provided by Activision The gun model for the DP27 in Call of Duty: Warzone.

The light machine gun class has been receiving more and more attention over these last couple of months in Call of Duty: Warzone.

From the dominance of the UGM-8 to the underratedness of the MG 82, players have been flocking to LMGs as their primary long-range option. However, there might be one LMG that most players have forgotten about. The DP27 has seen a huge uptick in usage in Warzone Season 5 Reloaded, and players can test out why by using its best loadout.

The DP27 has never really received any kind of attention in Warzone aside from these last few weeks. Players likely started using the DP27 as a way to test out non-meta weapons in Warzone. With Warzone 2 quickly approaching, players have thrown caution to the wind in regard to using only the best guns in the game. However, what players found is that the DP27 is actually quite strong, especially when equipped with its best set of attachments.

To see the full loadout for the DP27 in Warzone Season 5, keep reading below.

While players will find the DP27 to be fairly slow, the best attachments on the weapon don’t increase mobility. Instead, players will want to focus on boosting accuracy, as this will make the DP27 into a literal laser beam.

Nearly all of the attachments on this loadout are aimed at increasing recoil control in some way. The Polymer Grip, Hardscope, M1941 Hand Stop, and ZAC S3 TAK stock all accomplish this goal exclusively. The MX Silencer and Kovalevskaya 680mm B02D also bring down recoil but also add in some extra damage range for the DP27.