A great loadout for a forgotten weapon 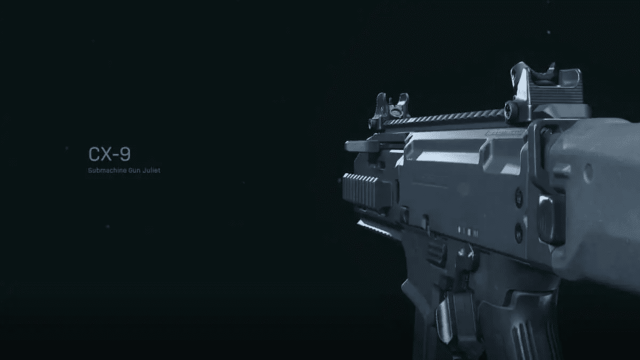 Provided by Activision The gun model for the CX-9 in Call of Duty: Warzone.

In the current version of Call of Duty: Warzone, there are a few different metas forming.

With this current iteration of the battle royale coming to an end soon, players have seemingly stopped following the traditional meta system. Instead, the community has opted to split up the meta by individual games. So, for example, there’s a Modern Warfare meta that players will follow and only use guns from that specific game.

Content creators have noticed this trend and uploaded videos based around the different metas. One creator highlighted their list of meta MW loadouts currently in Warzone, and one gun, the CX-9, was a surprising addition to the list.

The CX-9 is barely used any more in Warzone. While it was a somewhat popular SMG when it was first released during the first year of Warzone’s life cycle, it has since fallen to the wayside. However, thanks to recent buffs to the Modern Warfare slate of weapons, the CX-9 is actually considered quite underrated today. The gun has the potential to compete and even beat the meta Vanguard SMGs, according to creator WhosImmortal.

The creator posted a video explaining how the CX-9 is actually quite strong in Season 5 Reloaded. In order to achieve those results, though, players need to use the CX-9’s best loadout.

The CX-9 has its already-strong mobility boosted even more with this loadout. The 5mW Laser and CX-FR stock make it so players can fly around the map with ease. Sleight of Hand also helps in this area, allowing players to reload much quicker. Players will be silent thanks to the Monolithic Suppressor and have plenty of bullets before running out with the 50 Round Mags.