A trustworthy AR in Season 6 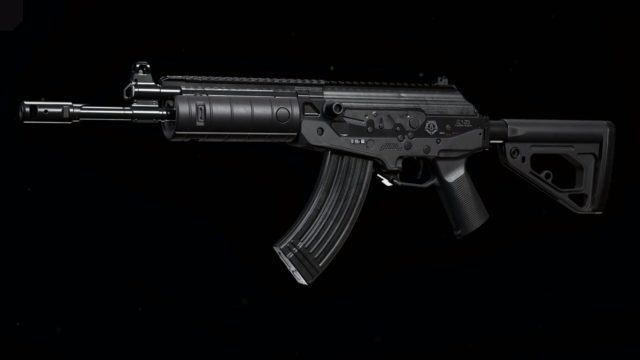 Provided by Activision The gun model for the CR-56 AMAX in Warzone.

Over the course of its life in Call of Duty: Warzone, the CR-56 AMAX has seen several buffs and nerfs. It was, at one point, the best assault rifle choice in the entire game by a wide margin. However, all of that changed when the Black Ops Cold War rifles entered the fray. After this happened, the AMAX started receiving nerfs, most notably one in Season 4 Reloaded. In Season 6, though, the CR-56 AMAX has a reliable loadout that can yield players success in Warzone.

Compared to other rifles in Season 6, the CR-56 AMAX stacks up fairly nicely. While guns like the XM4 and Cold War AK-47 are still superior, the AMAX holds its own in a wide array of situations. It’s especially decent at longer ranges, featuring little recoil. Of course, players must equip the CR-56 AMAX’s best loadout in order to have those results in Warzone Season 6.

For a Modern Warfare assault rifle, the AMAX has a fairly standard loadout. This set-up allows the weapon to keep its prowess at longer ranges and even increase its ability to make it a better choice than it already was.

Starting off with the Monolithic Suppressor is a common practice for any Modern Warfare gun. Paired with the XRK Zodiac S440 barrel, these attachments increase the AMAX’s damage range, recoil control and bullet velocity.

Next is the VLK 3.0x Optic, which is the superior choice for a long-range AR in Warzone. Rounding out the loadout is the Commando Foregrip, to further lower recoil, and the 45 Round Mags, to ensure players don’t have to reload during a gunfight. This CR-56 AMAX loadout should be a player’s top choice when picking an AR in Season 6 of Warzone.