The best class set up to go for a V2 Rocket in Call of Duty: Vanguard

The best class set up to go for a V2 Rocket in Call of Duty: Vanguard 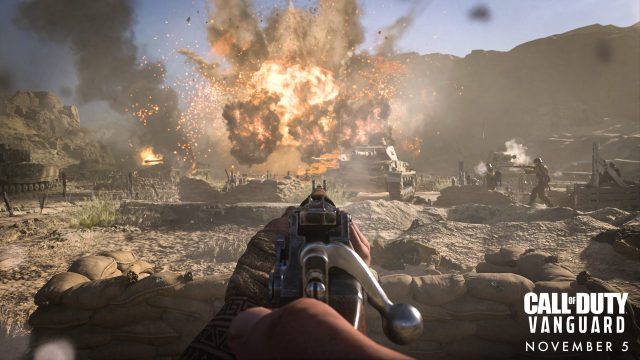 The V2 Rocket is the highest killstreak that a player can earn in Call of Duty: Vanguard. It requires 25 straight gun kills to acquire and is automatically applied to every player’s loadout. Seeing as it’s such a high killstreak, a majority of the player base hasn’t gotten the chance to call one in yet. That can change if players use the recommended class set-up to go for a V2 Rocket in Vanguard.

The set-up utilizes class elements that can keep players going in the same life, long enough to earn the killstreak. However, it also features aspects to ensure that players can stay hidden from enemies, giving them a better chance of staying alive.

To begin, players will need to pick a weapon. This is truly personal preference, as players will enjoy other weapons from one another. If players just want the best weapons, available they can check out our top five list of the best current guns in Vanguard. In short, though, players will want to pick something like the STG44, MP40 or Automaton.

Next, players must set up the rest of their class. For a secondary weapon, players will want whatever pistol they’re most comfortable with, in case they’re in a pinch. The Ratt is the strongest of the bunch without any attachments on it, though.

Following the secondary weapon, players can set up their class with the following items:

Starting with the perks, Ghost is in use to keep players off of the radar when enemies have a UAV up. This ensures that players won’t be flanked by an enemy that knows where they are. Next is Forward Intel, which allows players to see exactly where enemies are spawning. The last perk is Tactician, which refills the Tactical Equipment every 30 seconds. This is important because players will be running Stim, which allows them to replenish health and Tactical Sprint almost instantly. With this and the Tactician perk, players can stay at full health for much longer than usual.

Rounding out the class is the Supply Box Field Upgrade. Players could run Armor Plates or the Field Mic for extra protection from enemies but the Supply Box ensures players can keep their ammo and equipment stocked. Going for 25 kills takes a long time and players need to ensure they have enough ammo to make it and earn their V2 Rocket.